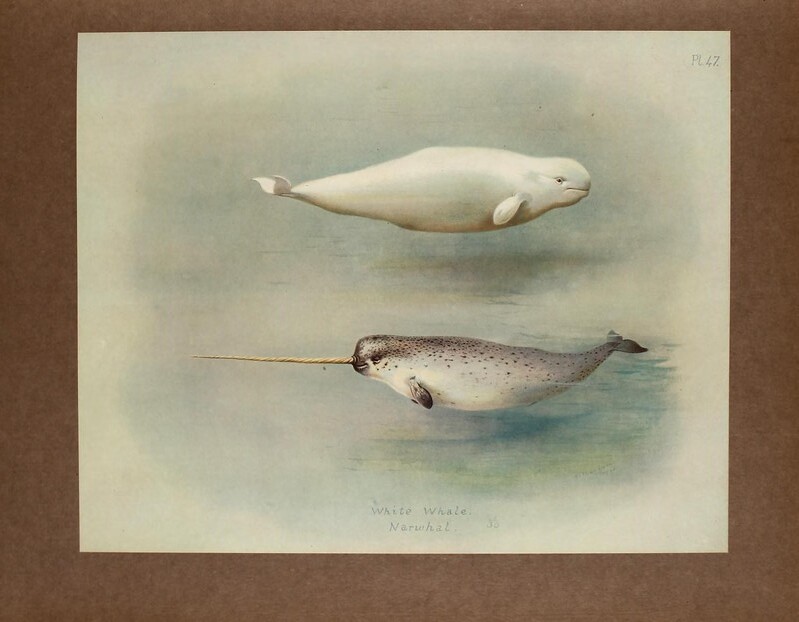 The year of the narluga?

1920s illustration of a beluga and a narwhal. (Photo: Biodiversity Heritage Library, CC BY 2.0)

In 2016, a pod of beluga whales in the St. Lawrence River was observed with an unusual tag-along — a 2,000 pound, mottled grey male narwhal, spiral tusk and all. Now, aged 12, the narwhal is still with his merry band of belugas. And, judging by the pelvic thrusts the young stallion (or unicorn?) has been seen performing on females in the pod — a classic male beluga courting technique — the narwhal may be ready to give the world an ultra-rare crossbreed seen only once before in recorded history: a narluga.

Whale and dolphin hybrids aren’t too uncommon — a 2016 study found that nearly 20 such hybrids exist. And while their size, range and family lineage suggest narwhals and belugas may be well suited to cross-breeding, their last common ancestor lived around five million years ago. Plenty of time for evolution to make breeding between the two somewhat complicated.

However, marine biologists are hopeful this year could finally be the year the narluga makes a comeback, having gone unrecorded since 1990, when an Inuk sustenance hunter came across one off the shore of West Greenland. Scientists confirmed it to be much larger than both parents with teeth that twisted left like little tusks. Due to their parents’ chromosomes not matching up, hybrid animals such as narlugas are very unlikely to be able to produce offspring.

I herd it through the grapevine 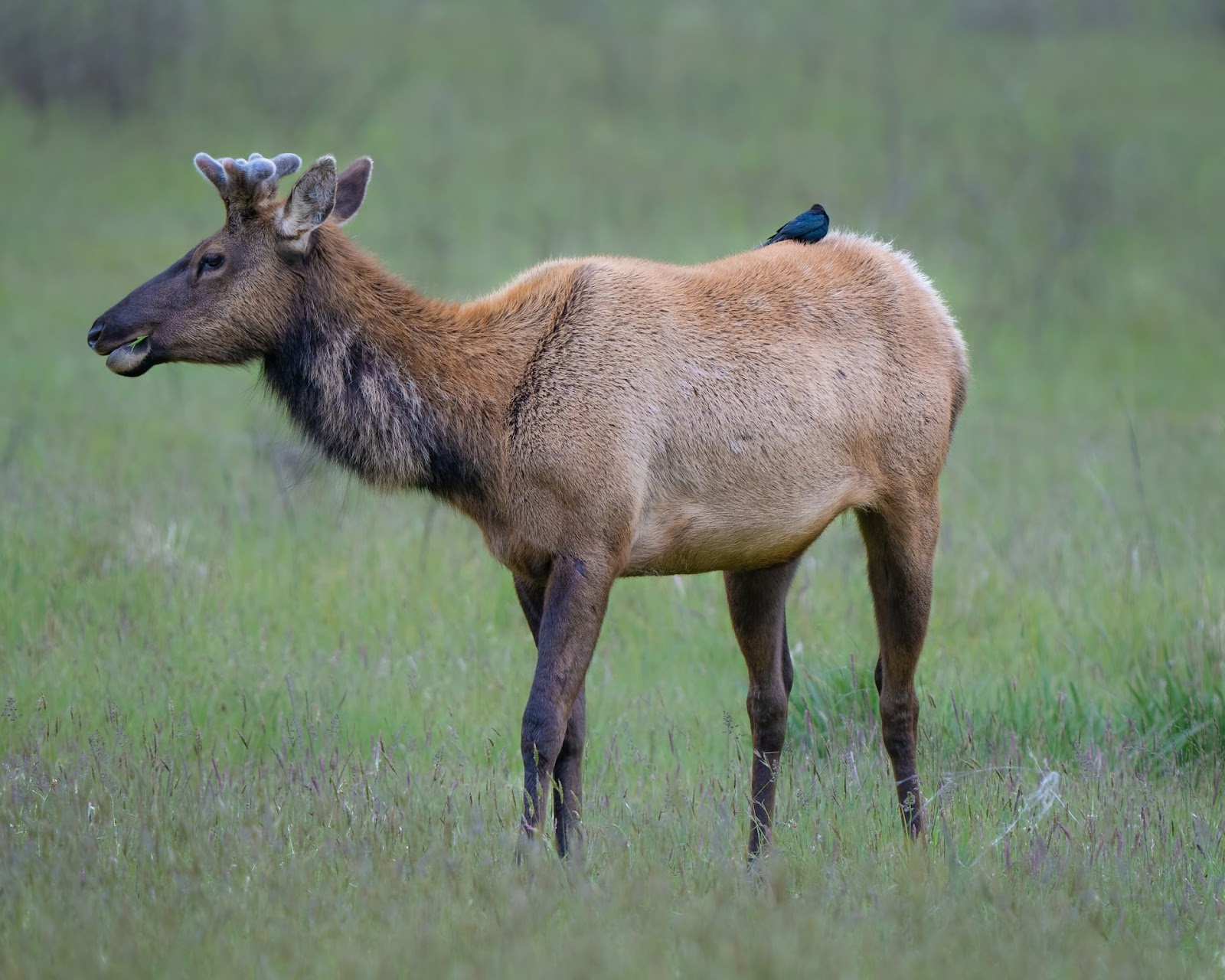 An aerial video of a small herd of elk crossing a river is blowing up the (wildlife) internet.

Roosevelt elk, which are part of the deer family and native to North America, were nearly wiped out by hunting in the early 1900s. They hadn’t been seen in the upper Pitt River area for about a century before a group of 23 animals was relocated there in 2005 from a healthy population in the Sechelt Peninsula. Researchers believe the herd has tripled in size since then.

“This is one of the few situations where a translocation can be quite effective for conservation,” said Adam T. Ford. The Canada research chair in wildlife restoration ecology at the University of British Columbia, who was quoted in a CBC article about the sighting, was very optimistic about the elks’ future. “In this case, the elk seemed to take well to their new environment. They’re being reintroduced into their native species range, so the habitat conditions are generally suitable for them.”

He went on to describe this Roosevelt elk herd as a conservation success story. “I think we’re going to see more situations like this — of elk being maybe seen in places where they haven’t been seen for a long time.”

Where the bison roam 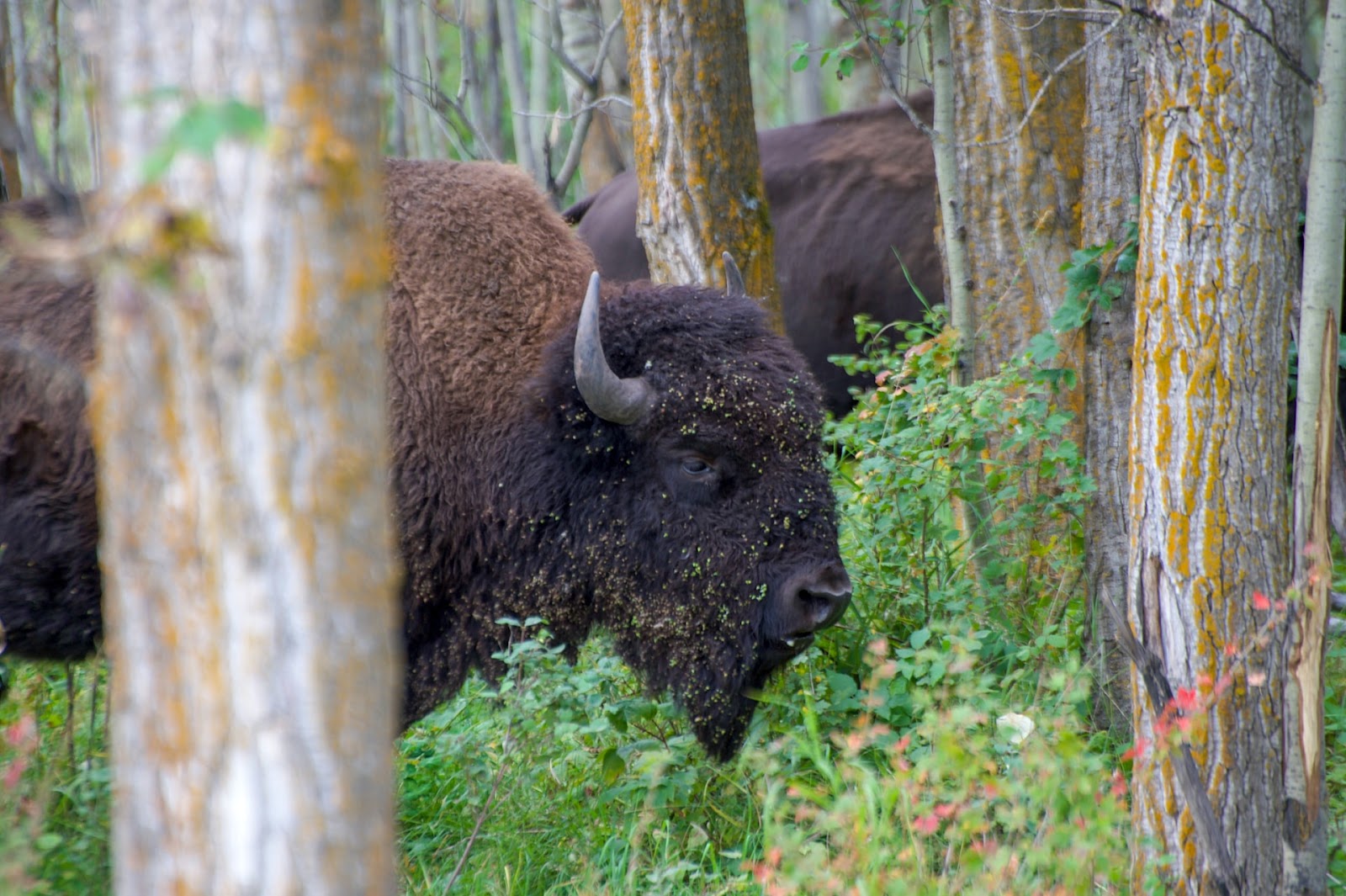 Bison at Elk Island National Park — located approximately 35 kilometres east of Edmonton, Alta. — have been equipped with smart collars to allow park ecologists to better understand where and why bison roam across Canada’s largest fully enclosed national park. The smart collars (high-tech tracking devices) record the bison’s location every two hours and transmit this data via satellite to park ecologists. The aim of collecting this data is threefold: first, to better understand how the bison are using the national park; second, to better understand their movement across different seasons; and last, to gain a deeper understanding of their social behaviour. The bison at Elk Island form one large herd that breaks into smaller groups. One of the bison, nicknamed “Feisty,” has also been equipped with a body camera which, in turn, records 20 seconds of video footage every hour. This video aims to add more context to the recorded data. 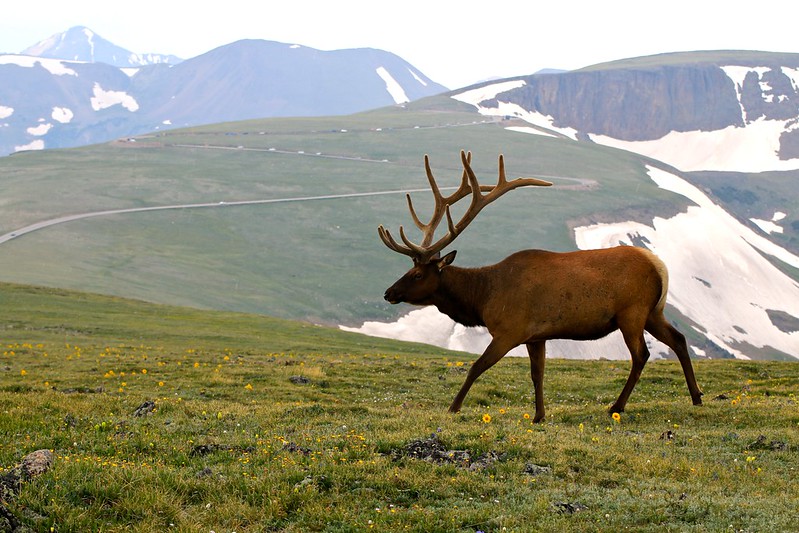 11,000 years ago, caribou were divided by the Rocky Mountains. Those in the north migrated to survive the harsh Tundra winters. But the caribou to the south didn’t have to. After thousands of years of evolution, some caribou might be more genetically built for migration than others. A new study analyzed 139 female caribou from tundra and woodland habitats in North America to see just how deep these genetic variations might go. And as it turns out, about 11,000 years deep. Researchers in a new study from PLOS Genetics found 50 genetic mutations associated with migratory behaviour. Of those, more than half involved brain activity, metabolism, hormones and body development.

Caribou descended from those that lived on the northern side of the Rockies were more likely to walk longer distances in their migration — up to 10 times further and as much as 250 kilometers. But these migratory caribou are at greater risk than their southern relatives. Because they travel so far, their habitat is at risk of fragmenting into smaller regions they can’t travel across. Caribou are at risk for extinction, especially those that migrate — and with them, their northern lineage. If protecting a species wasn’t enough justification for keeping their migration routes intact, doing so would also preserve the longest terrestrial migration in the world. 5000 hectares of land have been protected at Hastings Wildlife Junction, Ont. (Photo: © NCC)

At the convergence of two vital wildlife corridors in southern Ontario sits the Hastings Wildlife Junction. The junction is home to endangered Blanding’s turtles, threatened Canada warblers and many other species, including eastern wolf, black bear, moose, pine marten, successfully reintroduced elk and rare birds. Now, 5,000 hectares of land in this area, between Belleville and Bancroft, Ont., will be protected thanks to Nature Conservancy Canada, provincial and federal funding, and private donors. Because of the junction’s intersection between routes — one connects Algonquin Provincial Park to the Adirondacks; the other Georgian Bay to Kingston — a protected Hastings Wildlife Junction will allow species to move between habitats.

Conservationists hope this will help to slow the rate of species decline in southern Ontario, where habitat fragmentation and urban development have altered where wildlife can live. But the NCC aren’t stopping here: they’re hoping to protect 8,000 hectares of land around the junction. In an area where large-scale conservation is rare, this could give southern Ontario’s wildlife a real boost.