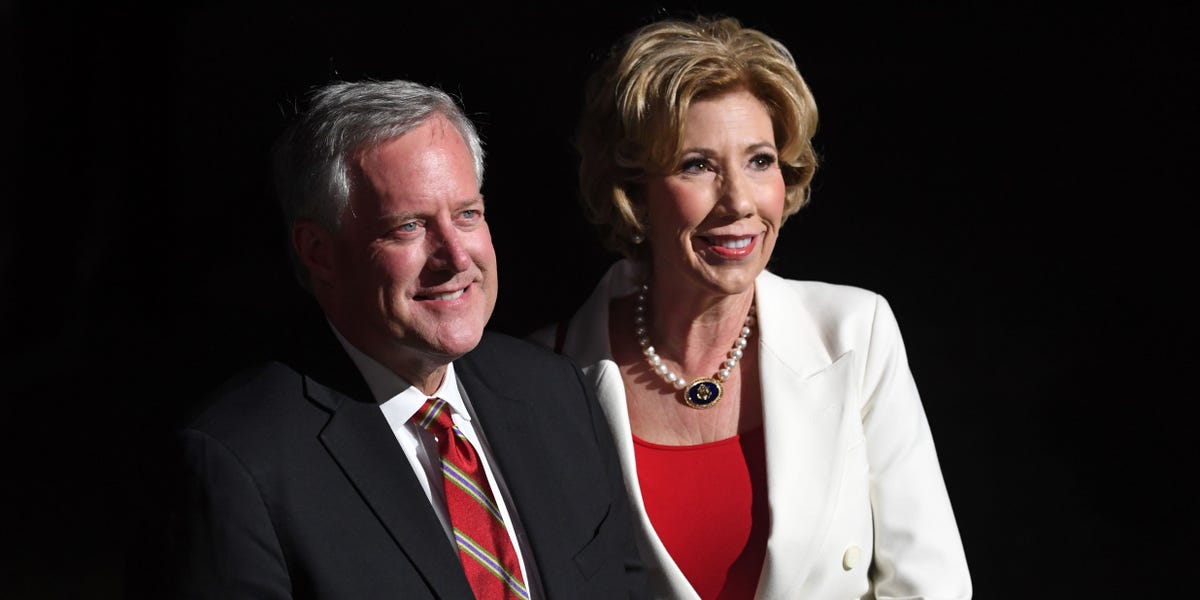 Meadows had filed a one-stop voter application in Franklin, North Carolina, on October 26, 2020, to cast an early ballot in the election that year, per the Post.

According to a copy of Meadows’ application, she listed her place of residence as a small mobile home in Scaly Mountain, North Carolina, despite not living there, the outlet reported. The form asks applicants to declare that they have resided at their listed address “for 30 days immediately prior to this election” and warns that “fraudulently or falsely completing” the form is a Class 1 felony.

According to The Post, Meadows signed at least two forms — one for voter registration and the one-stop application — that required applicants to fill in their residential address under penalty of perjury. An unnamed North Carolina election board official said Meadows also dropped off an absentee ballot request at Macon County for her husband, who was then the White House’s chief of staff.

While North Carolina’s State Bureau of Investigation is currently looking into allegations of voter fraud against Mark Meadows, it did not state if Debra Meadows’ actions would also be probed, The Post reported.

The Mark Meadows investigation began after it came to light that he had registered his voting address as the same Scaly Mountain mobile home despite not having lived there for the requisite 30 days.

Both Mark and Debra Meadows did not immediately respond to Insider’s requests for comment.

According to Mark Meadows’ voter registration form seen by The New Yorker, he had filled out his details on September 19, 2020 — around six weeks before the election. The home’s former owner said that while Debra Meadows did rent the small property for around two months in the last few years, Mark Meadows had “never spent a night in there.”

The New Yorker also reported that Mark Meadows had sold a 2,200 square-foot home in Sapphire, North Carolina, in September 2020 but had not yet purchased a new residence when the voter registration forms were filed.

To register to vote in North Carolina, one must live in the county they are registering in and reside there for at least 30 days before the election.

In December, Mark Meadows was held in contempt by the committee investigating the January 6 Capitol riot for refusing to answer its questions during a deposition or turn over documents. If found guilty of the contempt charge, he could face up to a year in prison.