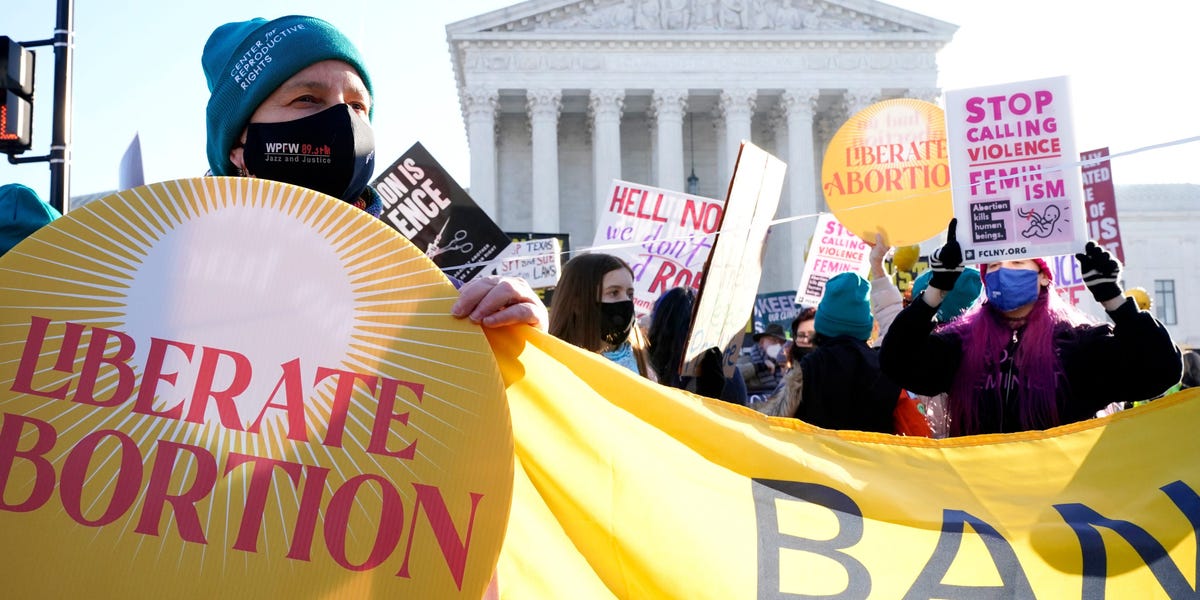 The Biden administration pledged Wednesday to block abortion bans in the US as Idaho adopts a Texas-style law banning abortions after about six weeks.

Earlier this week, Idaho’s Republican Gov. Brad Little signed the abortion ban into law, modeled after the Texas legislation, which relies on private citizens to enforce the ban via lawsuits. The Idaho legislation also allows family members of the “preborn child” to sue providers who perform an abortion after cardiac activity is detected in an embryo.

“This development is devastating for women in Idaho, as it will further impede women’s access to health care, especially those on low incomes and living in rural communities,” White House Press Secretary Jen Psaki said in a statement.

Idaho became the first state to enact a law modeled after the Texas legislation, which is the country’s most restrictive abortion law and made abortions in the state plummet in the first month due to a backlog in care, Insider’s Taiyler Mitchell reported.

“Over the last six months, Texas’s SB8 has had profoundly negative effects — with women forced to travel hundreds of miles to access care, and clinics in neighboring states seeing a significant increase in demand since the law went into effect,” Psaki said in the Wednesday statement. “This is unacceptable, which is why President Biden directed a whole of government response to protect women’s rights that are currently under attack.”

“The Biden-Harris Administration will continue to stand with women and support their right to make their own health care decisions, a constitutional right that Roe v. Wade reaffirmed nearly five decades ago,” she continued. “And the President again calls on Congress to act and send a bill to his desk to shut down these radical steps.”

The Supreme Court is set to decide this summer whether to uphold or overturn Roe v. Wade, a landmark decision that gave women the ability to choose to have an abortion, as it weighs in on a case related to a 15-week abortion ban in Mississippi.

So far, 12 states have “trigger laws,” as they are colloquially known, in place to ban abortions if SCOTUS decides to overturn Roe v. Wade.