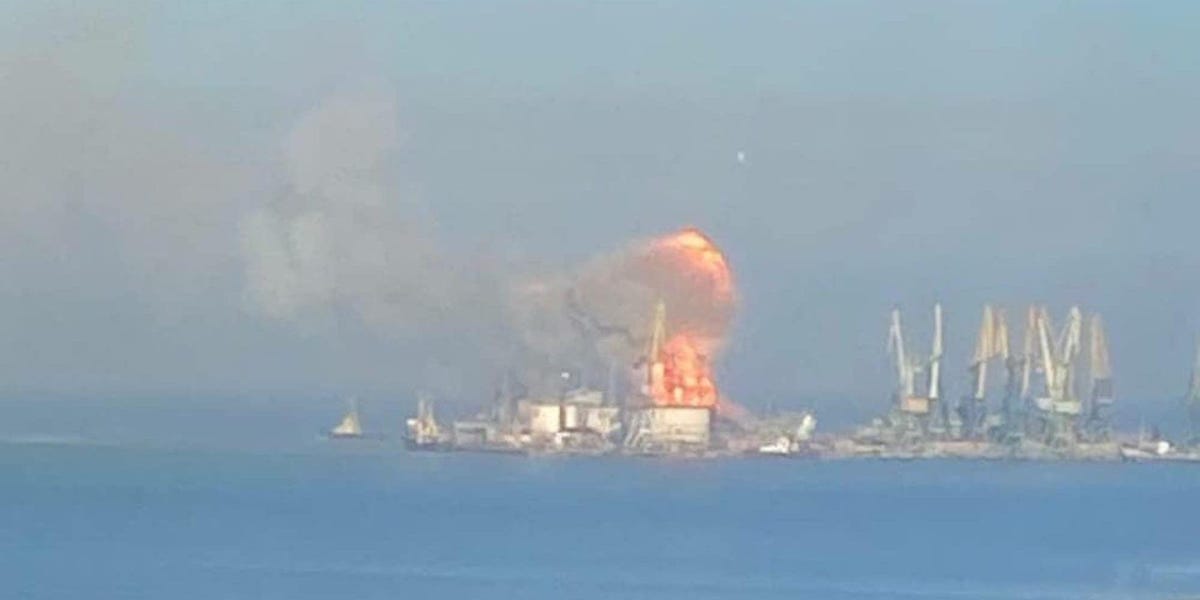 Ukraine said a Russian landing ship was hit and shared photos and videos of the explosion and fire.

The navy wrote on Facebook on Thursday morning: “A large paratroop ship ‘Orsk’ of the Black Sea fleet of occupiers was destroyed in the occupied Russian port Berdyansk.”

It shared a photo of an explosion on a vessel and a video of a ship on fire in a port:

Ukraine’s Ministry of Defense said the ship was “temporarily destroyed.”

The military did not provide more information about what was used on the ship and what level of damage it sustained. It also did not say if there were any casualties.

The ship was in the Russia-occupied port of Berdyansk, in southeastern Ukraine.

A landing ship carries cargo and land weapons like tanks.

Russian state news agency TASS reported earlier this week that the ship had arrived at the port to deliver “military equipment” and that it could hold 1,500 tonnes of cargo.

It is not clear what was on the ship when it was hit.

Russia has not commented on the ship since Ukraine’s announcement.