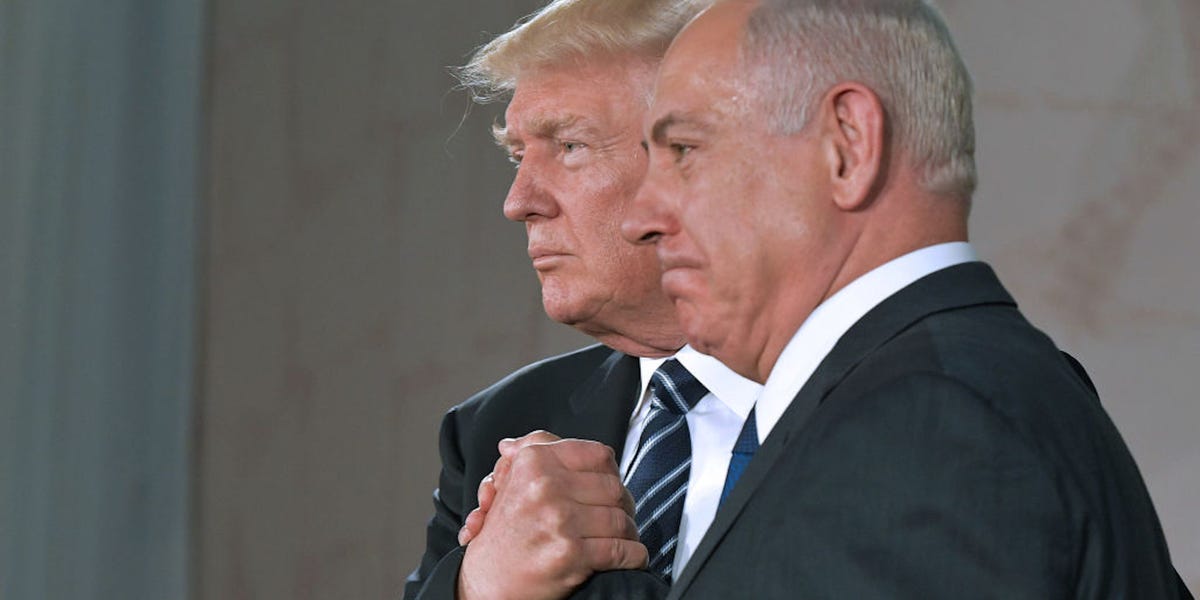 Former President Donald Trump ended his friendship with Benjamin Netanyahu because the former Israeli prime minister would not back his election-fraud claims, according to Axios.

Netanyahu was one of Trump’s closest allies on the global stage during his four-year term.

But that affection ended in late 2020 when Netanyahu acknowledged that President Joe Biden won the US election, Axios reported.

It cited excerpts of the book “Trump’s Peace: The Abraham Accords and the Reshaping of the Middle East,” by author Barak Ravid.

“Fuck him,” Trump reportedly said of Netanyahu during a 90-minute interview with Ravid at Mar-a-Lago in April.

Trump said he was enraged when former first lady Melania Trump showed him a video of Netanyahu congratulating Biden.

“He was very early — like, earlier than most. I haven’t spoken to him since. Fuck him,” Trump told the author.

“The first person that congratulated [Biden] was Bibi Netanyahu, the man that I did more for than any other person I dealt with,” Trump said. “Bibi could have stayed quiet. He has made a terrible mistake.”

Bibi is a common nickname for Netanyahu.

Netanyahu waited for 12 hours after the election result was called by major networks in November 2020 before congratulating Biden.

Trump compared his behaviour unfavorably with that of Russia’s Vladimir Putin and Brazil’s Jair Bolsonaro, who both waited for around a month before acknowledging Biden’s win.

“They felt the election was rigged,” he reportedly remarked of Russia’s authoritarian leader and Brazil’s far-right president.

Trump’s remarks matter for Netanyahu, who narrowly lost in the Israeli general election earlier this year under a cloud of scandal.

He is seeking to win back office despite facing corruption charges, and has boasted that Trump and he have a close relationship. Trump remains popular in Israel over his hardline stance on Iran and support for Israeli positions in negotiations with Palestinian leaders.

Trump remains fixated with his election loss more than a year since his defeat, and is waging a revenge campaign against former allies who’ve criticised him for pushing baseless election-fraud claims.