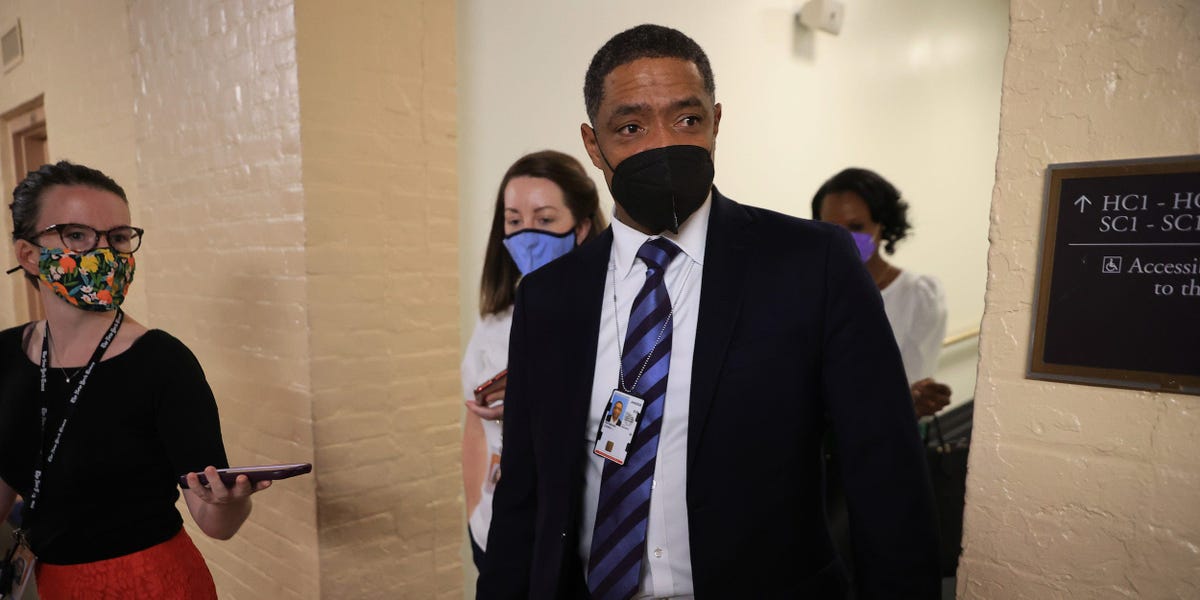 “Richmond had drawn some fire from the left, including the Sunrise Movement, an activist group with close ties to House progressives, because of his fossil-fuel interests,” authors Jonathan Martin and Alex Burns wrote in “This Will Not Pass: Trump, Biden, and the Battle for America’s Future.”

Fox News first reported this latest excerpt from the book that will be officially released next Tuesday.

A White House official said that the administration did not plan on engaging in “confirmation or denials” about the book’s specific claims.

“We respect that there will be no shortage of books written about the administration containing a wide variety of claims,” an official said in a statement. “We don’t plan to engage in confirmations or denials when it comes to the specifics of those claims.”

Richmond, a former Democratic member of Congress himself, was “angry in return at the group of left-wing House women, including Ocasio-Cortez and Tlaib, sometimes known as “The Squad,” the authors wrote. He told a friend after Biden tapped him to join his White House staff that the pair were “fucking idiots.” Representatives for Ocasio-Cortez and Talib did not immediately respond to a request for comment.

Beyond Richmond, other Biden advisors made disparaging comments about liberal lawmakers or the left in general, according to the book.

“The problem with the left is that they don’t understand that they lost,” Steve Ricchetti, counselor to the president, is reported in the book as saying in January 2021 with an unnamed “Biden ally on [Capitol] Hill.”

The “Squad, a quartet of progressive lawmakers — Reps. Ilhan Omar, Ayanna Pressley, Ocasio-Cortez, and Tlaib  — was first formed after the 2018 elections in which two of the members (Ocasio-Cortez and Pressley) knocked off long-time Democratic incumbents to get to Washington. The group, which has faced past criticism from fellow Democrats, has since expanded.

CNN reported on Monday that Richmond will soon leave his job as the director of the Office of Public Engagement to work for the Democratic National Committee.