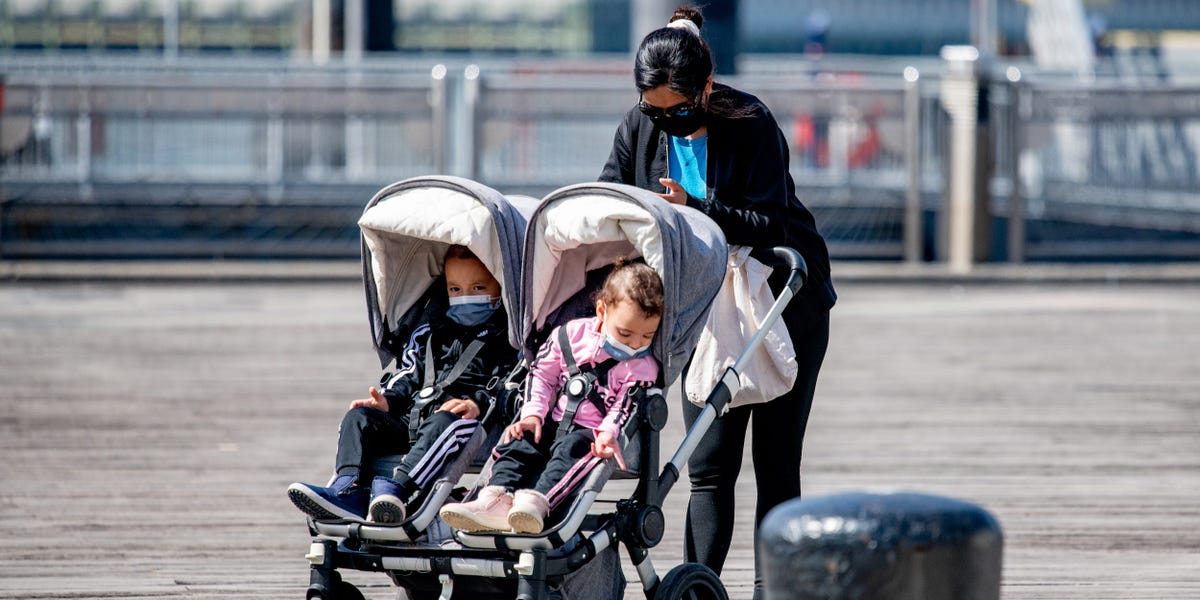 Americans are back to making babies.

So said data from Bank of America Research over the past six weeks. Eleven percent of Americans were trying to have a baby over the next year, live births increased by 3.3% from June 2020 to June 2021, and sales of pregnancy tests were on the rise.

It all comes on the heels of a year that the media has collectively deemed a “baby bust.” A Centers for Disease Control and Prevention report from earlier this year found that the US birth rate fell by 4% from 2019 to 2020, the sharpest single-year decline in almost 50 years, and the lowest number of births since 1979.

The news seemingly sent demographers into a tizzy, worried that the trend would result in a demographic “crisis” plagued by an aging population that isn’t replaced by enough young workers. A birth-rate decline is typical during periods of economic turmoil, but when coupled with a global health crisis, experts were left wondering just how strong the long-term effects would be.

The BofA data looks like an initial answer to their concerns. As a team led by Robert F. Ohmes said, the flurry of pregnancy tests and baby-making plans signals a potential millennial baby boom.

But Jennifer D. Sciubba, a demographer and the author of “8 Billion and Counting: How Sex, Death, and Migration Shape Our World,” doesn’t see it as a sign that we’re heading out of the baby bust. While it may seem like the birth rate is making a turnaround, she explained, it’s really people playing catch-up after delaying having kids because of the pandemic coupled with people who would have had kids right now anyway.

“I would guess that’s exactly what those two data points mean: Some people delayed, and now they’re done delaying,” she said.

Get used to fewer babies

The plunging birth rate isn’t just a fallout from the pandemic. It’s a continuation of a decades-long trend in declining births for multiple cohorts of women as they wait to have children until a later age — or choose to have fewer kids or none at all.

It puts the US in line with the worldwide birth trends of other high-income countries and some middle-income countries, Christine Percheski, an associate professor of sociology at Northwestern University, previously told Insider. Women postponing having kids is a sign of economic progress, she said: “It’s about women having access to education and employment opportunities. It’s about the rise in individualism. It’s about the rise in women’s autonomy and a change in values.”

Sciubba said that the average age for first birth in 1972 was 21. Today, it’s 26. Teen births and fertility rates among immigrants, which drove higher birth rates for a few decades relative to the US’s peers, have also continued to hit lows in recent years, she added.

“Now, we look more like Europe in our fertility rate,” she said. “As far as long-term trends, US fertility declines are here to stay.”

Recent Brookings research found that births in the US are unlikely to rebound, which backs Sciubba up. The total fertility rate — or the number of live births a woman is expected to have over her lifetime — also fell from 2.12 in 2007 to 1.64 in 2020, below the 2.1 replacement fertility rate needed for the population to naturally replace itself.

Brookings’ analysis, which forecast the total number of children ever born based on simulated age profiles of women in the 1985 to 2000 birth cohort, suggested that US fertility rates would be below replacement levels for the foreseeable future.

This all means that a lower fertility rate is the new normal in the US. Americans snatching up pregnancy tests is merely a natural fluctuation from postponed demand for babies.

“If people are feeling more optimistic about COVID prospects as vaccinations have improved, it doesn’t surprise me that they’d start acting on plans to grow their families,” Sciubba said. She added that women can only delay for so long before running into fecundity issues.

Sciubba likened the heightened activity to the natural spikes and troughs in other countries, such as Russia, which has one of the world’s lowest fertility rates. She recalled people citing similar spikes in the country as evidence of a baby boom, which never came to be.

“That’s no reflection on the long-term trends in the total number of children people have — it’s the same number overall, just different timing,” she said.

As Mauro Guillén, a Wharton professor and the author of “2030: How Today’s Biggest Trends Will Collide and Reshape the Future of Everything,” told Insider in April, the decline in new babies is a “temporary blip,” likely to last one to two years. “Young couples have said, ‘Give me a rain check. I don’t want the baby now because there’s too much uncertainty,'” he said. “But they will have those babies later.”

If anything, the uptick in Americans’ baby-making plans is a sign that the economy has turned around. Although coronavirus variants, such as Delta and Omicron, have threatened the country’s economic recovery, vaccinations, the end of restrictions, and relentless spending have put the country in a much brighter spot than it was a year ago. At least, bright enough to bring some new people into it.