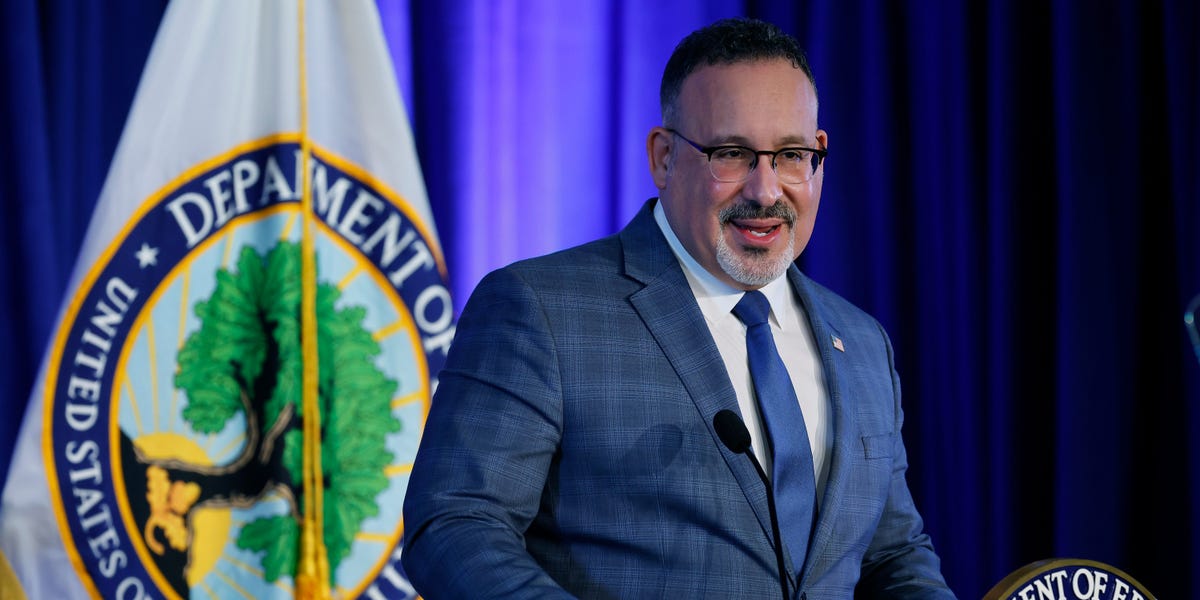 Taxpayers may not have to worry about footing the bill for unexpected school closures anymore.

On Wednesday, the Education Department announced new steps to ensure that companies that own colleges that unexpectedly shut down are held liable for all costs owed to the federal government, including closed school loan discharges and borrower defense to repayment, which is a form of loan forgiveness granted to students defrauded by for-profit schools.

“If a company owns, controls, or profits from a college, it should also be on the hook if the institution fails students,”  Under Secretary of Education James Kvaal said in a statement. “Today’s steps will ensure taxpayers aren’t held liable for colleges that fail their students or close their doors, especially without the opportunity for students to finish their courses of study.”

Oftentimes, when schools shut down, its students are left with big student debt loads but no degree. The Education Department might then repay those students in the form of loan forgiveness, using taxpayer money to front the cost.

Wednesday’s announcement would change that by requiring any organization with at least 50% interest in a non-public college to sign the school’s Program Participation Agreement, ensuring that controlling entities, and not just the defunct school, are held responsible for taxpayer costs when the school shuts down.

According to the announcement, individual executives that manage the colleges will not be held personally accountable for school closures and other related costs, which falls short of what some advocates and lawmakers have been hoping the Education Department would implement.

The Education Department told Insider there are some limitations under the Higher Education Act when it comes to individual liability, but the department can hold executives personally accountable in certain circumstances.

In August, House Education Chair Bobby Scott urged the Education Department to hold the executives of defunct for-profit colleges, like Corinthian and ITT Technical Institutes, personally liable for money owed to the federal government, and during a November hearing, Federal Student Aid head Richard Cordray told Scott that he “absolutely agrees” with that notion.

“We see eye to eye on this,” Cordray said. “We absolutely agree. More needs to be done to prevent people from abusing these student aid programs, from cheating taxpayers, from cheating students.”

Scott at the time also referred to a paper from student advocacy group Student Defense, which detailed how the Education Department can use its authority under the Higher Education Act to ensure institutions and executives have “skin in the game” and “better protect taxpayers and lead institutions of higher education towards less risky and predatory behavior.”

“It is imperative, however, that the Department neither weaken its authority to hold accountable investors with smaller ownership stakes nor waiver from the Department’s commitment to Congress that it will hold individuals—and not just corporate investors—personally liable for harming students or the government,” he added.

One of the most prominent defunct for-profit schools, ITT Tech, left taxpayers on the hook for $460 million in closed-school discharges in 2016, according to the Education Department. That’s why, in recent years, lawmakers and advocates have been calling for the responsibility to fall on the companies and executives — not those who had no role in the school closure.

Along with Wednesday’s action, the department has recently taken steps to account for abrupt school closures and predatory actions by for-profit institutions. Most recently, the department announced $415 million in relief for borrowers defrauded by private institutions, bringing its closed school and borrower defense discharge total to $3.2 billion.