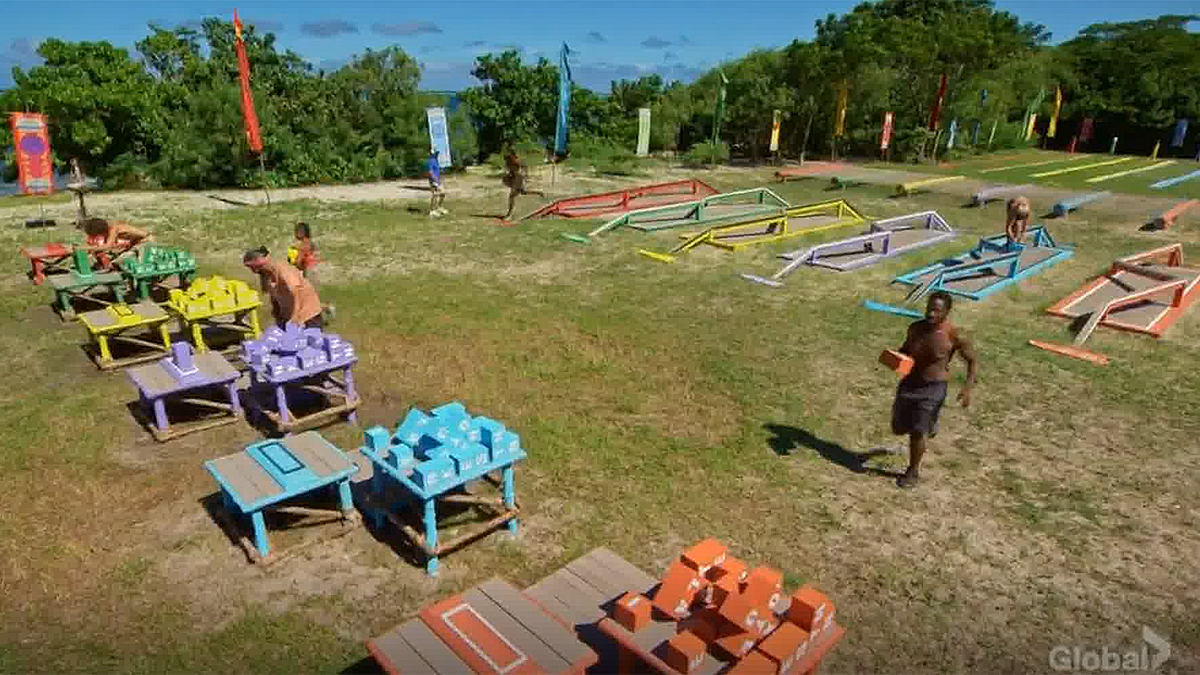 Survivor 41 has its final five. It will be either be Xander, Ricard, Heather, Erika or Deshawn emerging as the Sole Survivor on next Wednesday’s finale on Global.

Danny McCray, the former Dallas Cowboys free safety, was ushered to the jury tonight once everyone knew he didn’t have a hidden immunity idol stashed away. They deemed him a bigger immunity challenge threat than his bromance Deshawn.

To his credit, Deshawn tried to sew some seeds of doubt at tribal council pitting partners Erika and Heather against one another. It didn’t really factor into the outcome though as Xander, Ricard, Heather and Erika all wrote down Danny’s name during the tie-breaker vote.

Heading into the final phase of the game the trio of Xander, Erika and Heather appear to have the strongest bond and the strongest chance of making the final tribal council together.

Ricard is a challenge threat and has been recognized by everyone as the best player left in the game. He would have been gone tonight except for the fact that he won immunity. As soon as he isn’t wearing the necklace anymore everyone will put aside whatever rivalries they have, unite and vote him off.

Deshawn will be next in line. He put a flame thrower to his own game by outing Erika tonight. She will undoubtedly be working against him since he broke his trust to her. Heather cannot and won’t uncouple from Erika. She and Erika will probably continue to vote and work together as they always have while the others are all pretty much working the game solo with their anchors, their allies gone.

Chances are good that if Erika makes the finals with Xander and Heather that she could very well be the first ever Canadian Survivor winner. Heather has been so far under the radar that she has been invisible and Xander, although likable hasn’t lived up to his potential at either the individual challenges or strategic gameplay. Erika has been at the forefront of more schemes than either of them. Ricard and Deshawn are the only obstacles to an Erika win. Ricard, because he has played a stronger game and Deshawn because he could potentially have more jury votes than Erika heading into the final tribal council.

Will a Canadian be the Sole Survivor?

Moment # 5: They all fall down at the challenge.

Moment # 2: Deshawn works Erika hard against Heather at the well.

If he could have just upped his strategic game Danny could have been one of the most well-rounded players of the season. For example, he could have tried to fool everyone with a fake idol to push them to vote for Deshawn at tribal instead of him. The other aspects of his game were so strong, he just fell short when it came to scheming against the other schemers.

He needed to push harder, be more cutthroat in this regard.

Danny was a tremendously likable and honourable guy. He was grounded, down to earth and very approachable despite his time as an NFL player. He had one of the best social games this year.

Danny’s story ramped up the longer he stayed in the game, however, he was a major character this season from the moment he accepted the endurance/bucket challenge on episode one, to his friendship with Deshawn and how he made amends with his father’s passing.

Who played it cool and who proved themselves to be a fool? Every week John Powell makes his picks for the worst and best players of the week.

Heather could have made some strides. Instead, she is still barely in the game.

He needed a stronger strategic game. If he did, we might have been unstoppable.

He should never have turned on Erika at tribal. There was no need to do so.

He won immunity to keep his game alive and he worked with the others against Deshawn and Danny.

Despite bungling things at tribal Deshawn worked the rest of players well back at camp and during the reward.

She appears to be the glue holding that alliance together. She really has come to the forefront of things since the merger.