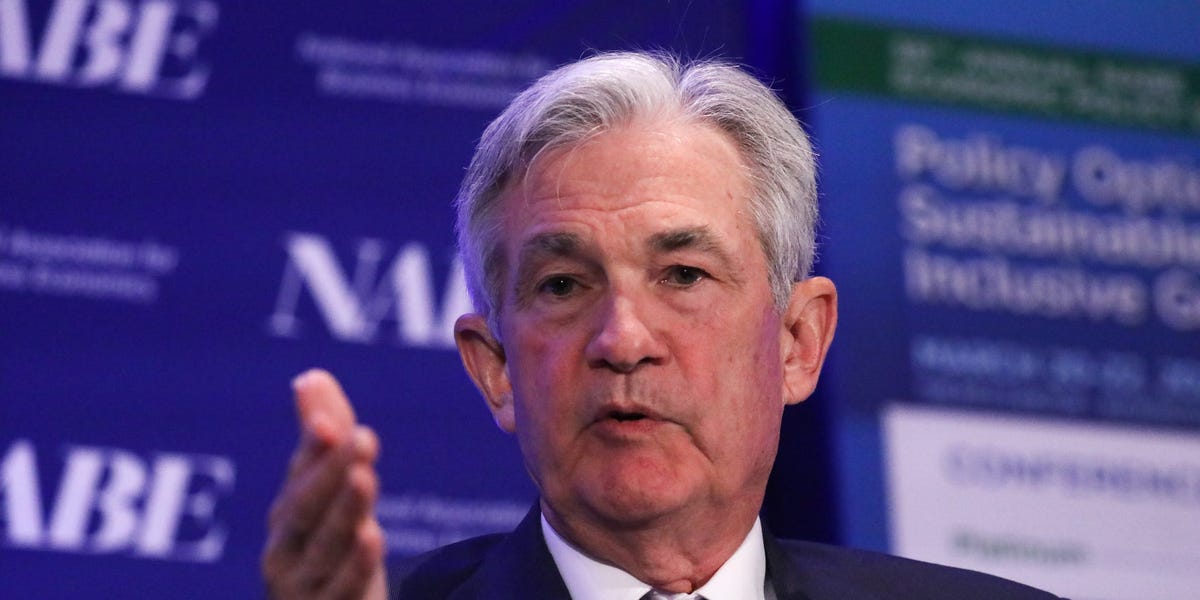 Stocks rose modestly Tuesday, winning back some ground lost in the previous session after US

The S&P 500 and the Nasdaq Composite also rose after Monday’s session broke four straight days of gains. Investors on Tuesday appeared to be digesting Powell’s comments made Monday to the National Association for Business Economics that there is potential for a rate hike of 50 basis points and that “inflation is much too high.”

Goldman Sachs said Tuesday it now expects the Fed to raise interest rates by 50 basis points at both the May and June meetings.

St. Louis Federal Reserve President James Bullard in a Bloomberg interview on Tuesday reiterated his call for the federal funds rate to be jacked up above 3% this year as lower rates put upward pressure on inflation. Consumer price inflation hit a fresh 40-year high of 7.9% in February.

Market bets suggested investors expect a half-point rate increase could take place at the Fed’s meeting in May. With investors pricing in more rate hikes, a selloff in the bond market continued and pushed the 10-year Treasury yield to a 2019 high of 2.359%. The 10-year yield later pared its gain, rising five basis points to 2.343%.

JPMorgan’s quant guru Marko Kolanovic slightly tempered his bullishness on stocks Monday, lowering his S&P 500 year-end price target to 4,900 from 5,050 in the face of geopolitical and macro risks.