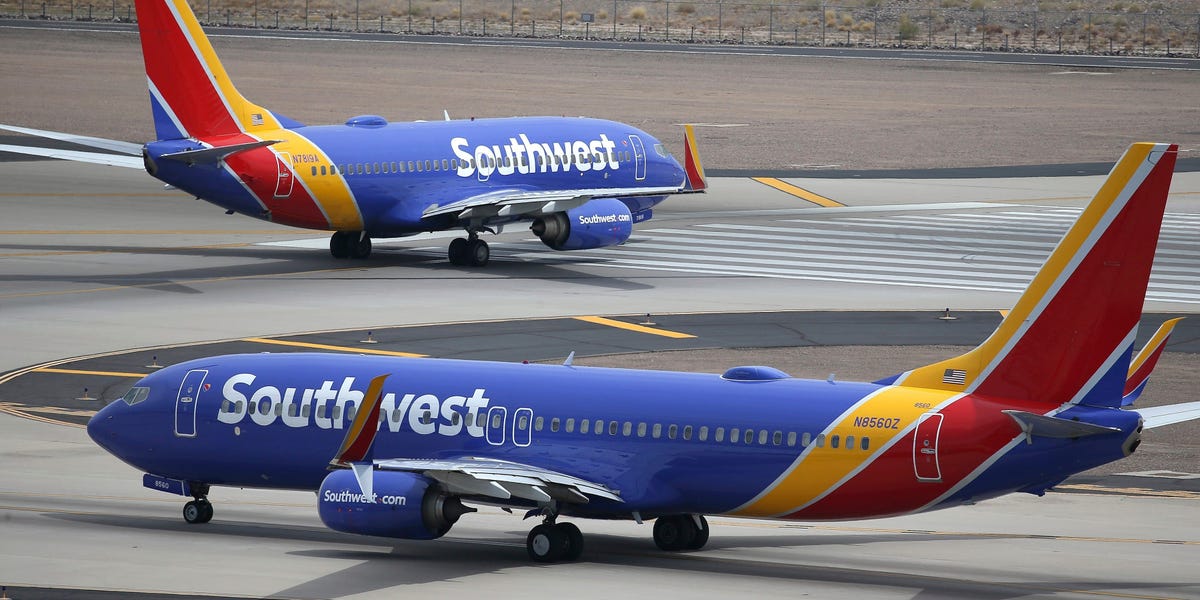 Southwest Airlines had a tumultuous year, having faced operations meltdowns, staffing shortages, and millions in losses, and it’s doing everything it can to keep its operation running smoothly through the holidays.

Dallas-based Southwest is calling on non-operational employees, like corporate workers, to help out at airports during the busy Christmas and New Year travel periods, the Dallas Morning News first reported and the airline confirmed to Insider.

In a letter sent to employees obtained by the newspaper, the company asked for volunteers to work eight-hour shifts between December 20 and January 3 doing simple customer service tasks, like answering phones and pushing wheelchairs.

According to the letter, the airports in need are Baltimore-Washington, Ronald Reagan in Washington, DC, Atlanta, Orlando, Chicago-Midway, Dallas Love Field, Phoenix Sky Harbor, Oakland and Sacramento in California, St. Louis, and LaGuardia in New York.

“We are expecting a very busy holiday season (which we are thankful for!), but we also want to do everything in our power to set our front-line employees up for success, especially in locations where staffing is a challenge,” the company said in a letter to some employees, reported the Dallas Morning News.

The move comes in addition to the bonuses offered to pilots and flight attendants to show up to their shifts this season, including up to 120,000 Rapid Reward points to those who work between November 15 and January 14. The points are valued above $1,400, according to CNBC.

American Airlines made a similar move in June when it asked its Dallas-based non-union employees to volunteer to work six-hour shifts at its airports for free.

Southwest is no stranger to the labor shortages that have plagued the airline industry this year, having experienced a dramatic operational meltdown in October due to a lack of staff, amid other issues. The chaos led to over 3,000 flight cancelations and $75 million in losses.

Shortly after the breakdown, the company’s chief operating officer, Mike Van de Van, explained in a video to employees that a “staffing cushion” is necessary to better prepare for operational disruptions and prevent schedule reductions. The airline has a goal of hiring 5,000 workers this year and 8,000 more in 2022.