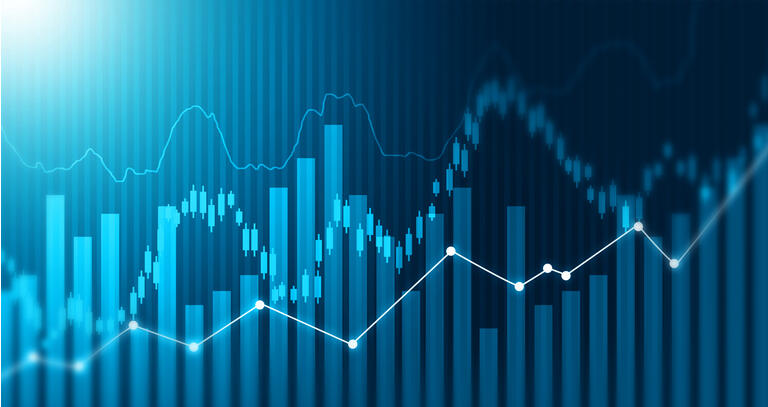 The biggest news for RiverNorth Opportunities Fund (RIV) in 2021 was the shareholder vote to convert to an open-end fund. Conversion to an open-end fund was a way that shareholders would be allowed to get out at the fund’s net asset value. For closed-end funds, they often trade at discounts and premiums – more discounts generally than premiums.

However, 2021 saw discounts in the CEF space evaporate. More particular, in RIV’s case, the fund has regularly traded at premiums on more than one occasion. That just about solidified the chance that RIV turning to an open-end fund was not going to happen. Below is the announcement of the results.

– RiverNorth Opportunities Fund (the “Fund”), which is traded on the New York Stock Exchange under the symbol “RIV,” announced the results of its shareholder meeting held on August 20, 2021. At that meeting, shareholders were asked to vote on a proposal, pursuant to the Fund’s Articles of Incorporation, to convert the fund from its current structure as a closed-end fund to an open-end investment company. Shareholders voted against the proposal, and the Fund will continue in its current closed-end fund structure.

There is no longer any “backstop” where investors can get out at NAV from this point on. It is just now a perpetual fund unless RiverNorth decides to try to liquidate or merge the fund. That can be a good thing for shareholders who like the exposure the fund gives them.

The following month after the conversion vote, shareholders were rewarded with the announcement of a rights offering.

As we know, rights offerings can be disruptive and dilutive to current shareholders. However, it can also sometimes be an opportunity to invest in the fund at a lower price. That being said, the actual terms of this rights offering were quite shareholder-friendly.

It put a floor on the dilution the fund could experience at quite a low level, as it wouldn’t allow for shares to be issued at any discount wider than 2.5%.

Despite that, we still saw the usual share price sell-off after the announcement on September 22nd, 2021, until the results of the rights offering were announced on November 10th, 2021. Through that time, the share price fell while the NAV rose.

The spread was wider on several occasions. After the announcement, the price fell over 5%. It regained some of that back before falling again. Consistent with the price action above, we can see how it dropped the funds premium.

This saw the shares issued at a discount and be dilutive to the fund. Although, it was only a small amount. I would note, though, that this fund regularly offers rights offerings. It’s just kind of how they operate. They offer an enticing 12.5% distribution yield; it pulls income investors in, and then they announce a rights offering when it is at a premium.

This isn’t unlike the two Cornerstone funds; Cornerstone Strategic Value Fund (CLM) and Cornerstone Total Return Fund (CRF). Except, CLM and CRF go with an annual 21% distribution rate that they payout.

If you’ve been a shareholder in RIV over the last several years, holding through every rights offering, your hit to NAV has been $0.87. Not a massive amount, but certainly not great either.

RIV has an investment objective of “total return consisting of capital appreciation and current income.”

To achieve the objective, RIV “employs a tactical asset allocation strategy primarily comprised of both closed-end funds and exchange-traded funds. RiverNorth implements an opportunistic investment strategy designed to capitalize on the inefficiencies in the closed-end fund space while simultaneously providing diversified exposure to several asset classes.”

They are essentially a fund of funds approach. Meaning that they are looking for a discount to exploit in CEFs and profit from such moves. Besides the primary allocation to CEFs, they also hold some exposure to SPACs and BDCs.

The expense ratio comes to 1.45%; it comes to 1.91% when including leverage expense. They employ a rather modest amount of leverage, but it still increases risks regardless. We also have to consider that the underlying positions also utilize leverage as well.

Having such a large allocation invested in CEFs, means they are also going to have their own expense ratio. So while we can get discounts on discounts, we also have fees on fees – with leverage on leverage. That isn’t necessarily a bad thing, just something to be aware of.

This is a smaller fund, but one good thing about their rights offering is it gets a little larger every offering. That can add greater liquidity for investors to trade in and out of the fund.

RIV is quite a diverse fund. There really isn’t going to be an easy peer for comparison. A couple of the funds that could come close would be the Special Opportunities Fund (SPE) and Cohen & Steers Closed-End Opportunity Fund (FOF). SPE holds a sizeable allocation to SPACs as RIV does. FOF doesn’t carry a lot of exposure to SPACs, at least not the last time I had taken a look at the fund.

Going back to when the fund launched, RIV’s performance has been below these other two. However, it is not a perfect comparison, so an investor can have their own takeaway from what we see above. Personally, I think it could still be an interesting investment choice.

I would also note that I believe FOF had done the best because they don’t have that SPAC exposure. SPACs are just sitting in cash until a company comes around that they can merge with. If such a deal isn’t arranged, you’ve just been sitting in T-bills for years. Your returns would reflect that too.

The fund was having a strong 2021 overall, then later in the year started to decline quite rapidly. It was more than just the rights offering that hit the fund’s price. The NAV also began to slide.

Despite that, the fund still put up some solid returns for the year. On a total share price return basis, the fund peaked out at around a 24% total return mid-year to finish out at 11.26%. The NAV didn’t quite have the same rapid run. However, it was enough of a return for their distribution to be maintained.

Investors like this fund because of the 12.5% distribution target they have based on the NAV. Since the NAV on the final trading days averaged right around the same as last year, that means they earned their distributions through the year. That resulted in them maintaining the same distribution for 2022.

The strength in the broader market has really helped the fund over the last several years. They have maintained a relatively stable distribution from year to year.

Missing from the above is a year-end special that the fund also paid. That resulted in shareholders getting a ‘bonus’ of $0.24261. This would have been required to avoid the excise tax imposed on regulated investment companies.

This would have come from the fund’s sizeable amount of realized gains in 2021.

The fund’s net investment income [NII] declined through the last fiscal year. However, this fund will primarily rely on gains to fund their distribution anyway.

For tax purposes, the tax classifications can vary quite materially. There was a considerable amount of return of capital classified in 2020 and 2019. For 2020 that is to be expected if we look at the earnings above.

In prior years, non-qualified dividends made up significant portions. For 2021, we should be getting that info before too long. All this being said, it’s hard to know if it is more appropriate for a taxable or a tax-sheltered account.

The fund is an incredible turnover machine. RIV is constantly changing its holdings. Last fiscal year, they had reported a turnover of 190%. The lowest it has been in the last five years was 74% in 2018. This all just means they are incredibly active with buying and selling positions in their portfolio. Truly, an active manager and no one could declare otherwise.

With that, we can take a look at what the portfolio was, at least at the end of November when they last provided an update. I would also note that despite how high the fund’s turnover rate is, it still stays quite diversified, and the allocations can be somewhat similar.

Portfolio cash had also taken quite a significant increase from the last period when we covered the fund.

Going back to the end of September, when they updated information on their top ten holdings, we see an interesting mix of names.

The largest position is Saba Capital Income & Opportunities Fund (BRW). That is a particularly interesting name as it is an activist fund. It was taken over through 2021, with the help of RiverNorth, as they were a sizeable shareholder of the fund – through RIV and elsewhere. Generally, where Saba (or Bulldog) invest, RiverNorth follows. As we can see, SPE makes it in at the tenth-largest position as well.

BRW is a fund I’ve covered before; the main takeaway is that they are transitioning away from what they had been previously. Previously the fund was a mostly senior loan fund. Now, they’ve been shifting to be similar to SPE (the Bulldog activist group fund) and RIV. BRW seems to be taking a page from the RIV playbook. They started out with an 8% target distribution plan. However, starting in 2022, they announced a 12% target distribution plan. That resulted in a sizeable distribution boost.

RIV is an interesting fund that is well diversified. Investors looking for higher payouts are certainly going to want to consider the 12.5% target distribution plan they have. Even if 12.5% isn’t achievable every year to maintain, it is predictable. With the strength over the last few years, it has meant that RIV’s distribution has stayed relatively stable.

At this time, the fund is trading at a premium, but not nearly as high as it has been previously. That could be opening up an opportunity for investors to nibble on a small starter position.