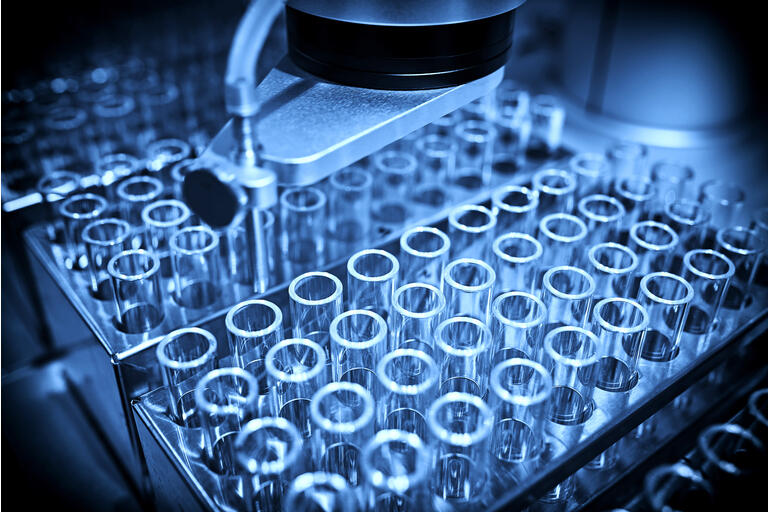 Protalix (NYSE:PLX) recently completed the final dosing of the last patient in its BALANCE study, results of which are needed to be included during resubmission with the US FDA. The interim efficacy and safety data from the BALANCE study and previous trials provide strong support for the approval of PRX-102 with both FDA and EMA.

Protalix is a clinical-stage Bio-Pharma company leveraging its proprietary ProCellEx manufacturing platform technology to develop therapies for various chronic and rare conditions. The company has successfully developed and launched a drug for Gaucher disease and it is currently in the final stages of the process to get the required approval for its lead ERT product PRX-102 for Fabry Disease. A detailed explanation about the platform, disease, therapy and the competitive landscape pertaining to the company’s lead ERT products available on the seeking alpha platform. You can access the article here.

Since the previous article was published, the company has had a few transformative events and major roadblocks. The objective of writing this article is to analyze how the company catered to those roadblocks, what the market is perceiving, and what we can expect from the company that is the road ahead.

The company filed the Biologics License Application (BLA) with the FDA for PRX-102 after its successful completion of the Phase 1 & 2 clinical trials. The filing also included the interim data from its BRIDGE trial (a switch over study from REPLAGAL). The FDA, in response, issued a CRL (Complete Response Letter) in April 2021, which according to the company, required an inspection of the manufacturing facilities and required it to address the change in the regulatory landscape triggered by the full approval given to Sanofi’s Fabry drug, Fabrazyme.

The company and Chiesi (a partner in PRX-102) had a type A , End Of Review meeting with the US FDA and provided the regulatory update on October 11, 2021. The minutes of the meeting stated that the data package proposed to the FDA has the potential to support the traditional approval of PRX-102 for the treatment of Fabry disease. The planned data package will also include the two-year analysis of phase 3 data from the recently completed BALANCE trial (Head to Head PRX-102: Fabrazyme).

CRL’s are issued by the FDA due to various reasons, including deficiencies in CMC requirements, deficiencies in product labeling, and specific clinical deficiencies. Protalix’s major concern is to prove its primary end point of the two years BALANCE study and address the full approval given to Fabrazyme, which is expected to be based on the efficacy and safety data of its phase 3 BALANCE trial.

In a study conducted to assess the impact of CRL on the approval rates after resubmissions, it was found that 55% of the NDA’s/BLA’s latter got approval with an average delay of 13 months. Even if these odds are taken into consideration, the company’s current market value far from reflects the market opportunity in both the US and EU.

Protalix recently announced the final dosing of the last patient in the phase 3 BALANCE clinical trial. The study aims to compare and evaluate the safety and efficacy of PRX-102 with that of Sanofi’s Fabrazyme. The primary endpoint includes the comparison of mean annualized changes in eGFR slope between the treatment groups after the last enrolled patient has 2-years of treatment

The company came out with the interim results of its BALANCE trial on June 2, 2021. The interim efficacy analysis with primary endpoint was conducted on two different pre-defined sets of subjects. Intention to treat (ITT) set which included all the patients randomized to the clinical trial who received at least one dose (77 patients) and Pre-Protocol (PP) set which includes the patients that have completed at least 12 months of treatment with no major protocol violations (74 patients).

The interim analysis based on ITT did not achieve the non-inferiority, while for the PP set the confidence interval for the mean difference between the two treatments was above the non-inferiority margin specified. The safety data appeared favorably in line with what was observed in previous phases/studies. The unblinded data is expected to be published during the second quarter of 2022 after all patients complete the 24-month treatment period.

An ITT approach is a more conservative one in the clinical non-inferiority trial, as it is derived from the full analysis set which also includes the non-compliant patients, which tends to water down the end results. On the other hand, using the PP set seems much more logical, given its exclusion of non-compliant patients. In the case of Protalix, while the extent of deviation between ITT and PP is unknown, the trial results showed that the PP set achieved the non-inferiority level. Nevertheless, even if the drug proves to be as effective as Fabrazyme, the higher half-life and alternative of lower frequency of dosing—and thus fewer infusion-related adverse events (AES)—might provide an edge to PRX-102 over Fabrazyme.

While as previously communicated, following the Type A meeting with FDA there is a general agreement on the data package for the BLA resubmission including the BALANCE study 2 year analysis comparing eGFR between the two enzymes. The evidence presented until now, including the BRIGHT, BRIDGE, and the interim analysis of the BALANCE trial strongly supports the approval of PRX-102 as an alternative treatment for Fabry patients.

In its third-quarter results, Protalix presented a timeline for the expected submission with both the major regulatory authorities, the EU EMA and the US FDA. The company announced on October 15, 2021 that it has completed the final dosing of the last patient in the BALANCE study, which marks an important milestone in the completion of the company’s phase 3 program. The trial data analysis is expected to be completed by March/April 2022 with the collection and release of TOP LINE results with the final unblinded data from the phase 3 BALANCE study.

The company is expected to file an MAA with the EMA by Q1 2022 based on the efficacy and safety data from the company’s BRIDGE, BRIGHT, and the 12 months of interim data generated from the BALANCE study and the long term Naive study FO3 (extension of FO1/FO2). While for the US FDA Protalix will be re-submitting the BLA with an updated data package in H2 2022. The BLA resubmission will include the final outcome including the unblinded data from the 2 years BALANCE study.

Based on the below timeline, approval can be expected by H1 2023 and commercialization later during the year, in both the major geographies the company is targeting. Investors won’t see any meaningful cash flows for at least the next two years. The market is expected to price in most of the gains, if any, post the announcement of the final outcome of the company’s phase 3 BALANCE study.

Protalix is a revenue-generating company with an FDA-approved drug (Elelyso) for Gaucher disease with rights to market the drug in Brazil. The company generates revenue mainly from two sources, the sale of goods to Pfizer and the sale of drugs in Brazil where it commands a 27% market share.

The company provided a guidance of 10% annual growth in revenue from Brazil over the next three years. As of Q3 2021, the company has a $48.7 million in cash balance and a debt balance of $27.8 million which are expected to repay by 2024. The current cash burn rate is $6-$7 million per quarter which is expected to decrease going forward as the patient shifts to extension studies.

While assuming the current cash burn run rate, Protalix has enough cash to survive for the next six to eight quarters. The company will need to raise more funds once the BALANCE study efficacy and safety data are out, which would provide a clear picture of the company’s approval pathway.

Protalix is in the final stages of its PRX-102 clinical trial before it files for approval in the major markets of the EU and the US. Based on the past data from the PRX-102 clinical trials and the company catering to the concerns mentioned in the CRL, there is a high probability that the company will get approval for its drug. Markets have a tendency to overreact to bad news and corresponding uncertainties. This is what I think happened with PLX, whose market value has decreased by almost 85% since the announcement of the company receiving CRL from the US FDA.

If approved in just the EU, Protalix will receive regulatory and commercial milestone payments upward of $300 million and with orphan drug designation in place, the company is expected to gain considerable market share, given the limited competition. This may lead to royalty payments of 15-35% of sales. If the company gets approval in the US as well, the milestone payments could be over a billion dollars.

The company’s current market cap of $43 million and an enterprise value of just $22 million reflect less than a 10% probability of the company succeeding with PRX-102. I believe this is too conservative and it seems that the market has completely neglected other therapies in the pipeline. Nevertheless, the recent negative events have put a lot of pressure on the company’s share price, which I believe is expected to remain in its current range until the BALANCE phase 3 study efficacy and safety are published.

Protalix’s lead indication holds a lot of promise, although the CRL has drastically reduced investors’ confidence in the company. The stock price is expected to consolidate and shouldn’t exhibit any major moves until the company comes out with phase 3 data creating an opportunity for an investor.