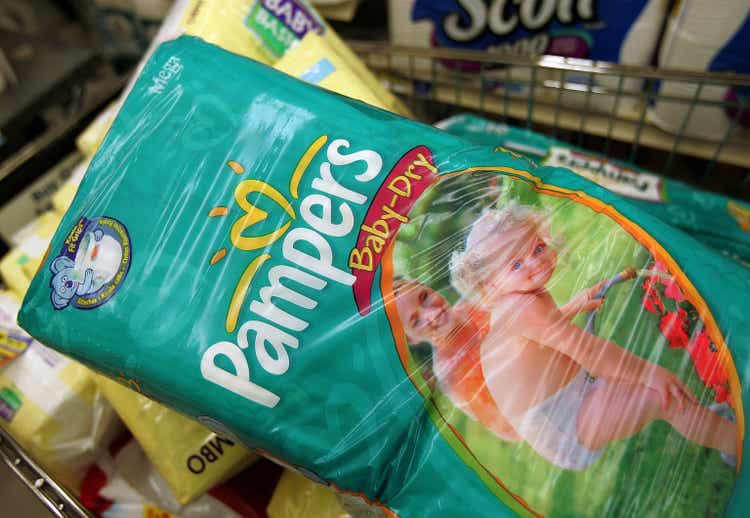 It will be interesting to see what the next dividend increase will end up being in The Procter & Gamble Company (NYSE:PG). The last four quarters have seen management pay out $0.87 per share each quarter to the company‘s shareholders. This means the next payment (which will obviously keep P&G‘s dividend aristocrat record intact) will be higher than $0.87 per share. The question many of the company‘s shareholders are therefore asking is how much the increase will indeed be.

Despite P&G‘s peerless record with respect to increasing its dividend, it is a fair question in the current climate. The 10-year US bond for example has now increased to almost 2.3% and with six interest increases already earmarked by the Fed for this year alone, it is a foregone conclusion at this stage that yields will go higher. P&G‘s dividend on the contrary is currently yielding 2.32% which is only fractionally higher than the 10-year US bond. Now, it is taken for granted that a US treasury bond is the closest to a risk-free investment as one can get. Suffice it to say, despite P&G‘s 65+ year dividend growth record and its loyal arm of shareholders, growth in the dividend is now more important than ever to protect purchasing power.

Therefore let‘s delve into P&G’s key financial metrics which make up its dividend to see if there is scope indeed to keep on increasing the payout meaningfully.

From a near-term perspective, trends look very strong as the 12-month dividend growth rate (TTM) comes in at 9.05%. In effect, P&G‘s dividend grew by almost twice the average company in this sector last year which really is an encouraging trend given the 6+ decade growth record P&G has to date. In effect, the growth of P&G‘s dividend has accelerated while the industry has remained in the mid-single-digit territory.

To see if this impressive increase has been funded by internally funded cash flow, we go to the cash-flow statement. Over the past four quarters, $8.56 billion of dividends were paid out from a free cash flow kitty of $14.88 billion. This gives us a pay-out ratio of 57.5% which is slightly below P&G‘s five-year average of 60.93%. Suffice it to say, from a core affordability standpoint, P&G continues to generate ample cash flow for expansion & to keep on growing the dividend meaningfully.

Although P&G became a smaller company practically overnight with the divestiture of close to half of its brands in recent years, operating profit has now easily surpassed the EBIT numbers we witnessed before the split. Furthermore, although P&G‘s debt to equity ratio has increased to the 0.51 mark, one must take note of the significant increase in treasury stock (Shares that have been purchased but have yet to be retired) in recent years. If we actually add the company‘s $121 billion of treasury stock back to the company‘s current equity of $44.89 billion, the new adjusted debt to equity ratio would come in at 0.13 which is right in line with historic trends for P&G.

Therefore although long-term debt has remained well above $20 billion, EBIT growth (6% average annual growth over the past five years) has been there to meet it. P&G‘s interest coverage ratio now comes in at 41.45 over a trailing twelve-month average which is one of the highest 12-month trailing numbers we have seen in this company. Suffice it to say, the more income that drops to the bottom line for cash-flow purposes, the easier it will remain to grow that dividend going forward.

In terms of earnings growth, although EPS growth is expected to come in under 5% in this present fiscal year, analysts who cover P&G expect bottom-line growth to bounce back to approximately 8% in fiscal 2023 & in the following year. Profitability trends back up these assumptions as we could easily see net profit margins of 20% in as little as three years (18.5% currently TTM).

Therefore, to sum up, although there are plenty of murmurs swirling around about P&G‘s lofty valuation, many investors who are invested in this name are in for the long haul. The only real question these investors should be asking themselves is if they are content with the growth on offer. Current trends form future outcomes and P&G‘s numbers with respect to its cash-flow, profitability, and growth all point to the sustained growth of the dividend over time. We look forward to continued coverage.