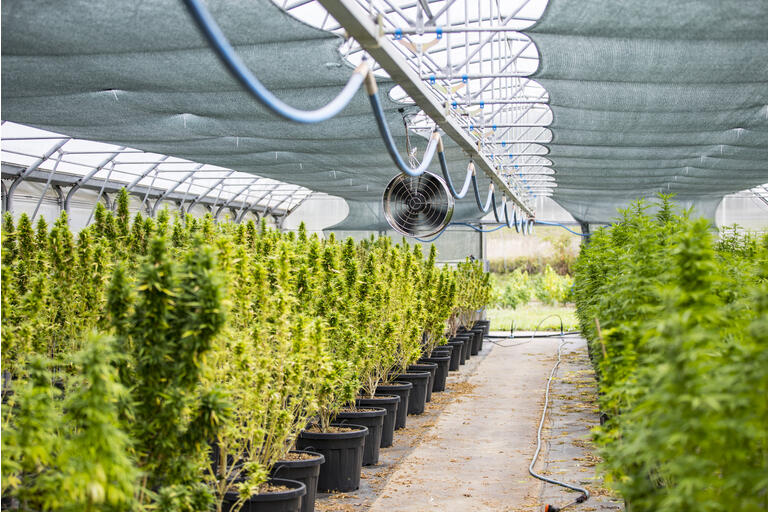 I am generally very bullish on the US cannabis industry. But instead of betting on individual multi-state operators (MSOs) that are in fierce competition with each other, there is an opportunity to invest in REITs that provide these MSOs with their necessary infrastructure. So ultimately it doesn’t matter which MSOs prevail, the landlord always wins. One such landlord, and thus a classic pick-and-shovel stock, is Power REIT (PW). Of course, the market has already recognized this and the stock has risen sharply. Nevertheless, I am convinced that the share will continue to perform very well and outperform the broad market. Up to 30% CAGR is possible.

Much has been written about the general cannabis market in several articles here on Seeking Alpha. So I don’t think I need to repeat this topic in great detail. Worldwide we are seeing a wave of legalization, partly for medical cannabis, but also for recreational. According to researchandmarkets.com, the global market will grow from $20.5B in 2020 to $90.4B in 2026 (CAGR of 28%). The fastest growth is expected to be in Europe. This is not surprising, after all, the new German government has recently decided to legalize cannabis, even if this is not yet reflected in new laws. While Power REIT is not yet active in Europe, I wanted to mention this anyway to show the general trend. When even countries in the old continent of Europe legalize cannabis, this also increases the pressure on the US government to finally decide on full legalization. In addition, this is also an opportunity for the company to expand into Europe at some point in the future. But even if not, there is still plenty of growth in the U.S. market and it is expected to account for half of the global market by 2025. A complete turnaround to old bans is becoming less likely by the day. There is no more support for this among the population, the US cannabis industry generates a lot of tax revenue, saves tax expenditures, and has already created 340,000 jobs in 2019.

CEA is the magic abbreviation

Power REIT was originally a company that generated solar energy as well as operated a railroad line. Only since 2019, the new focus is on building a portfolio of greenhouses “with a focus on Controlled Environment Agriculture (CEA)”. Furthermore, the company says that these CEA real estates will serve for cannabis cultivation, as well as for food production. Here is a short quote on why the company believes in the future of CEA for food.

CEA caters to consumer desires for sustainable and locally grown products. Locally grown indoor produce will have a longer shelf life as the plants are healthier and also travel shorter distances thereby reducing food waste. In addition, a controlled environment produces high-quality pesticide free products that eliminates seasonality and provides a highly predictable output that can be used to simplify the supply chain to the grocer’s shelf.

But all the greenhouses acquired so far are used for cannabis and none yet for food. I am curious to see how the business will expand in this direction and will report on this in future articles if relevant. Since announcing in July 2019 that it was expanding its business model, the stock has risen more than 10-fold and over 100% in 2021 alone – making it one of the best-performing REITs of the past year.

Two and a half years of explosive growth

In addition, in the past quarter Power REIT executed its largest transaction to date, with an additional capital commitment of $4.1M (total investment $25M) for Michigan’s largest cannabis cultivation facility (one of the largest in the country) which “is expected to generate straight-line annualized rent of approximately $5,100,000, which represents an unleveraged core FFO yield on invested capital of approximately 20%”. (Source: see “Q3 2021” link above.)

So what about the valuation?

Although these are impressive figures, it has to be said that the share price has developed even faster than earnings per share. The expected price-to-funds-from-operations (P/FFO) for 2021 should be between 26 and 28 (today´s share price of 69.40 / estimated $2.53 FFO). Although P/E is a different indicator, I find the following chart quite helpful to frame the current valuation historically.

However, I would like to mention that PW´s rents tend to get cheaper over time rather than more expensive. The goal is to initially recover the invested capital very quickly (within 3 years), but also to offer an attractive long-term model for tenants. The company assumes that with Federal cannabis legalization, the circumstances will change. To avoid losing MSOs as tenants, Power REIT has come up with a different rental model. However, the investor presentation does not provide any details on this. In this respect, legalization is both a blessing and a curse. Therefore, I list this factor under risks for the moment. However, I expect that the market will not differentiate for the time being and that with the legalization of cannabis at the federal level, all corresponding stocks will skyrocket.

Unlike MSOs, there is little competition in REITs, only two to be exact: Innovative Industrial Properties (IIPR) and NewLake Capital Partners (OTCQX:NLCP). IIPR is the largest with a $5.38B market cap. However, also somewhat higher valued with a 2021 P/FFO of 35. NLCP has a market cap of $593.54M, with a P/FFO of 44. So Power REIT is the smallest of the three with a market cap of only $226M. I think this is also the greatest risk. If the other two grow faster and offer better deals, this could put pressure on the margin and thus also on the capital for further growth.

Another risk could be consolidation among cannabis MSOs. Some may exit the market. It is also possible that at some point individual MSOs will be large enough to forgo renting greenhouses altogether, preferring instead to build their own. At the moment, this is not feasible, as they prefer to use their meager capital elsewhere, but in a few years, something like this could become possible. Furthermore, Power REIT may rent its greenhouses for food production to vertical farming companies that will not survive in the market. Because the few that do exist are not making a profit so far.

But this risk is also an immense opportunity. Indoor vertical farming could become an immense growth driver and if PW gets in early this could eventually become an even more interesting market than cannabis cultivation. Furthermore, I mentioned at the beginning the possible expansion to Europe or the whole world if more and more countries lift their cannabis bans.

Given the growth to date, the outlook for 2022, and the continued development of the cannabis market over the next few years, PW appears to offer a very good risk/reward ratio. The valuation is very fair for these growth numbers. Dividends have not been paid yet, but at some point, those are likely to begin as well. The growth opportunities in the vertical farming area come as a cherry on top.