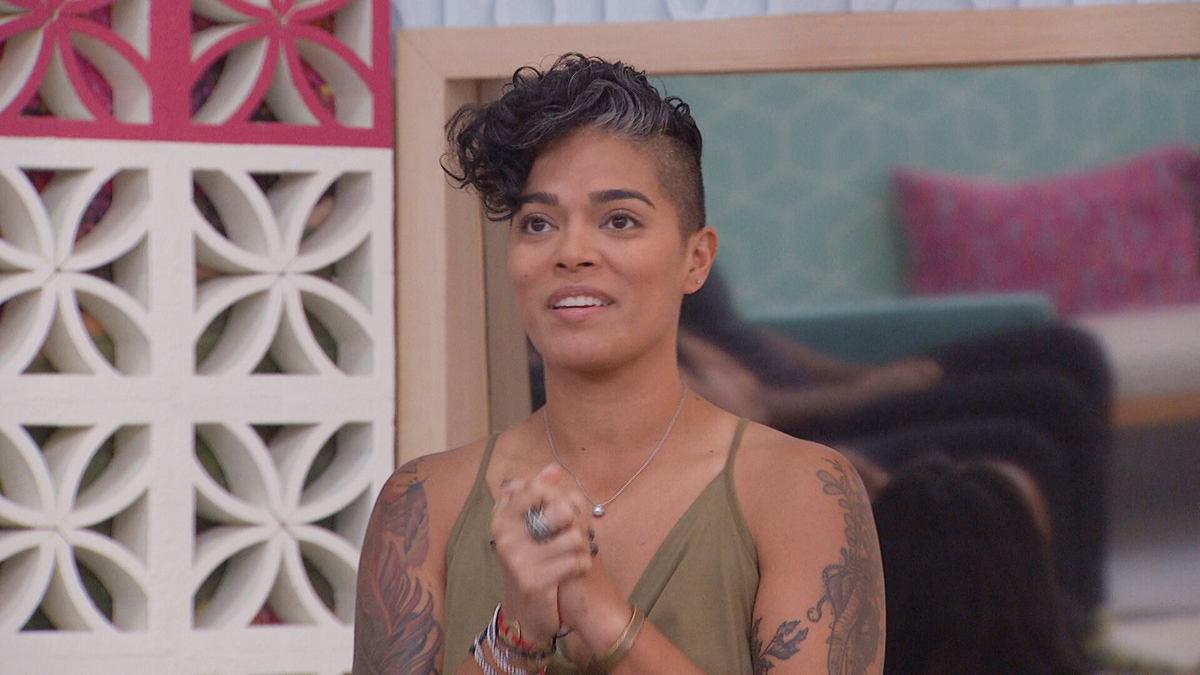 Nicole Layog, the private chef from Florida, and Taylor Hale, the personal stylist from Michigan, didn’t always see eye to eye in the Big Brother house. Their relationship has been as rocky as The Thing from Marvel’s The Fantastic Four.

Although their relationship got heated at times Nicole says it was all just part of the game.

Nicole and Daniel’s scheme this week to finally rid the house of Taylor went catastrophically wrong. Thinking they had the votes and unaware of The Leftovers alliance, Daniel used the Power of Veto to save Alyssa and Indy knowing Head of Household Monte would put Nicole and Taylor on the block as a Festie Bestie pair. What they didn’t know is The Leftovers had been working to target Alyssa before Daniel made his decision.

“I should have listened to Michael and I didn’t believe a single word that Monte ever said to me. When Ameerah went home I didn’t know who I could really trust. I thought that taking the big risk of having them use the veto and being put on the block with Taylor, I thought that I was making a move that was gonna be like a big “Ha-Ha!” moment but it didn’t work that way,” she said of the duo’s massive miscalculation.

Now that she knows all, Nicole is quick to give props to The Leftovers.

“It’s perfect. It’s serendipitous, actually. It’s kind of quite amazing! It’s Big Brother! I love it! I’m very excited for them! I hope that they all make it far. Hopefully, Kyle’s showmance doesn’t get in the way though,” she said.

When it comes to her own gameplay Nicole admits that sometimes her emotions got the better of her. As with many past players, she had a hard time separating game from the personal relationships. That bitter feud within her sparked her televised breakdown and eventually her blowout with Taylor. Emotionally, Nicole felt like she was being pulled in many different directions.

“I think the struggle was that I was playing this game with an alliance that I wanted to prove my allegiance to. I was trying to figure out what can I do to prove to them that I am ride-or-die and that I will do whatever it takes to make them all safe, move forward and hopefully get to the end. I’m a competitor and throwing a competition is one of the worst feelings when you’re in game mode. On top of that, I started realizing that I was letting their judgments about Taylor and their feelings about her cloud my own judgment and feelings about her. I fell into that rabbit hole as well,” she admits.

Nicole fears though that her friend Daniel has fallen into the same trap and is letting his emotions direct his game.

“He needs to stop wearing his emotions on his sleeve and get into game mode. He needs to check his emotions at the door. That’s the best way he’s going to be able to move through this game. He is a super fan. He has been watching Big Brother. He has seen every single episode ever and watches the live feeds. I think his emotions interrupted his game. Moving forward, he needs to check that and just go full on beast mode, game mode and really, really hone in on that,” she advised.

Being a former police officer and now a personal chef, one wonders which skill-set served Nicole better in the house? It is clear cut to Nicole.

“Being a chef hands! (laughs) More than anything, these people ate my I cooked slop in ways that I never knew slop could be cooked! I inspire people like Turner to also turn slop into things that weren’t possible like French toast sticks. It’s crazy to me! My kitchen and social game should have been my driving force,” she said smiling and shrugging.

If the drama in the Big Brother house wasn’t enough, Nicole’s life was turned upside down when her mother Rosie was diagnosed with cancer before she even received her Big Brother house key. At the time of our chat, Nicole hadn’t spoken directly to her mother but production has been contacting her frequently and monitoring her situation.

“My mom has instilled so much independence in my sister and I. She is a strong fighting woman,” said Nicole proudly, getting a bit teary-eyed. “Without her motivation and her support, this wouldn’t be possible.”

Although she didn’t make jury and her game ended the way it did Nicole has no regrets about her Big Brother experience.

“The fact that I walked through the same doors that legends like Janelle Pierzina, Kaysar Ridha, Derrick Levasseur and Tiffany Mitchell did, the people I looked up to, was amazing. I am proud of the fact that I was able to walk through the same door that they did even if my stay was only thirty days. I’m happy! I now get to see my mom. I get to see my niece and nephews. I get to spend time with my family. I get to go to my best friend’s wedding. I am very happy with the life that I have on the outside and I can’t wait to continue cooking for my client and continue moving forward,” she said.

To catch up on the recent episodes click here.