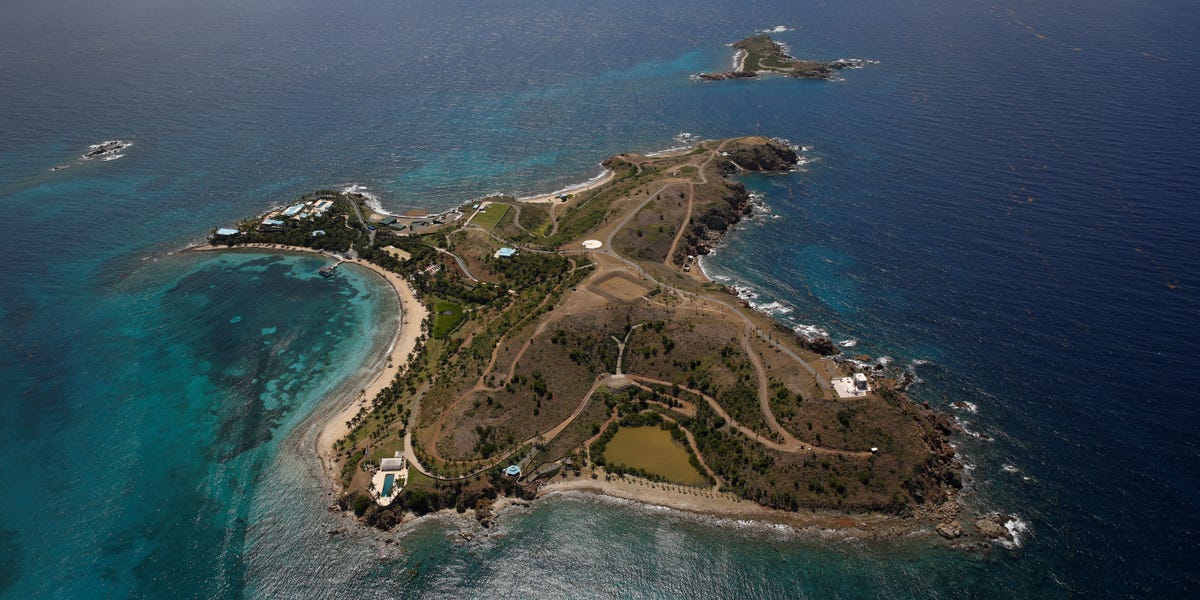 Two private islands in the Caribbean owned by late financier Jeffrey Epstein are hitting the market for $125 million.

The news was reported on Tuesday by The Wall Street Journal, which verified the listing with an attorney for the Epstein estate and the islands’ listing agents.

Epstein was arrested in July 2019 and accused of sex trafficking. He died in an apparent suicide the following month, two days before the FBI raided Litte St James.

Virgin Islands Attorney General Denise George filed a lawsuit against Epstein’s estate in January 2020, alleging that underage girls and young women had been taken to Little St. James by Epstein and his associates and forced into sexual servitude.

Little St. James — believed to have been Epstein’s primary residence — is also known for its lush, sprawling properties. Features include a flamingo-stocked lagoon, a villa-style compound, a library, a cinema, a detached bathhouse, and cabanas.

Little St. James is also known to house what appears to be a temple with a gold dome. The unusual blue-and-white-striped building has inspired countless conspiracy theories, including suspicions that it was used for child sacrifice or a crypt.

According to Daniel Weiner, a lawyer for the Epstein estate, the money from the sale of the islands will be used to pay off outstanding lawsuits and the costs of running the properties, per WSJ.