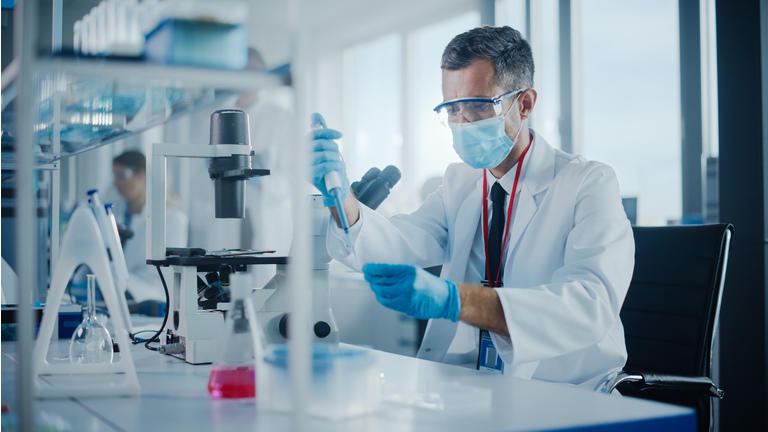 PharmaCyte Biotech (NASDAQ:PMCB) (see note 1) is a small clinical stage biotechnology company. They are developing treatments for insulin dependent diabetes and solid cancers. The treatments for both of these diseases involve the use of genetically engineered cells that are injected into the body. In order to protect these foreign cells from the host’s (patient’s) immune system, the cells are encapsulated in near microscopic capsules made of cellulose sulfate-aka Cell-in-a-Box®. The capsules, while isolating the foreign cells from the host’s immune system, permit cellular nutrients to flow in and byproducts (e.g. the drugs that the cells have been genetically engineered to produce) to flow out.

Insulin dependent diabetes is treated by injecting encapsulated human liver cells that have been genetically engineered to produce and release insulin on demand based on blood glucose levels. The company has successfully completed pre-clinical studies on diabetic rats. Human studies have yet to be done.

PharmaCyte was among the pioneers in using insulin producing encapsulated cells to treat diabetes. But due to lack of funds, they have been unable to move their program forward and have been eclipsed by better funded companies such as ViaCyte, Vertex Pharmaceuticals (NASDAQ:VRTX), and Eli Lilly (NYSE:LLY) which is using Sigilon Therapeutics’ technology (for more details see Sigilon’s website and recent 10-K).

Solid tumors are treated with genetically engineered cells that convert biologically inactive ‘prodrugs’ into biologically active drugs that are cytotoxic to tumors. The patient is given the prodrug, and the encapsulated cells are injected into an artery that feeds directly into the tumor. By placing the cells at this location, the cytotoxic drug will be localized in the tumor region, and systemic side effects will be minimized. For example, THC, the main active component in cannabis smoke, is deadly to cancer; however, even though THC is completely non-toxic to normal cells, the large dosages required to treat cancer result in overwhelming psychological effects. THC has a biologically inert prodrug, THCA (found in cannabis leaves that have not been heat treated). PharmaCyte has developed a line of cells which convert the prodrug THCA into THC. These cells when encapsulated and inserted into an artery that feeds the tumor will deliver cancer killing THC directly to the tumor region. Patients can be given very large doses of THCA which harmlessly circulates in the body until it reaches the tumor site where it is converted to THC. Since the THC is concentrated in the tumor region, systemic side effects will be minimal.

PharmaCyte’s most advanced drug candidate, and only candidate to have reached the clinical phase, is their pancreatic cancer therapy. The treatment for pancreatic cancer follows the same outline as the procedure above. Encapsulated cells (CypCapsTM) are inserted into an artery that directly feeds the tumor. The patient is then given the prodrug ifosfamide, which the CypCaps metabolize into a cytotoxic drug. The cytotoxic drug is unstable and degrades quickly into a harmless compound. This, coupled with the fact that the cytotoxic drug is delivered directly to the tumor region, leads to greatly reduced toxicity in healthy tissue located outside of the tumor region.

The table below (click for data source) compares phase 3 results for gemcitabine plus Abraxane, the current gold standard for treating pancreatic cancer, with phase 2 results for CypCaps plus ifosfamide.

Comparing phase 2 data with phase 3 data is somewhat of an apples and oranges comparison. The results between phase 2 and phase 3 trials can vary greatly. The main reason for this is that sample sizes in phase 2 studies are small; this makes them highly susceptible to random, uncontrolled variables. Nevertheless, the results for CypCaps look very impressive; especially when you look at the short treatment period and complete lack of side effects for CypCaps.

Before a clinical trial can start, an IND application must be submitted to and approved by the FDA. In January of 2017, PharmaCyte held a “pre-IND” meeting with the FDA. The original purpose of the meeting was to determine what information needed to be submitted with the phase 2b IND application. But when the FDA looked at the Phase 2 data, they were so impressed that the conversation turned from discussing the phase 2b trial to discussing the possibility of conducting a pivotal trial that if successful would get relabeled to a phase 3 trial.

PharmaCyte decided to jump at this opportunity and announced that they would start enrolling patients for a pivotal trial sometime in Q4 of 2017. The deadline came and went, and nothing happened. Finally in June of 2018, they announced that instead of a pivotal trial they will submit an IND to the FDA for a much simpler and cheaper phase 2b trial. Progress on the phase 2b IND has been slow, but it looks like it may soon be approved.

PharmaCyte has always been in a precarious financial position, and this has greatly hindered their ability to develop their product pipeline. The company does not have an income stream, nor will they in the foreseeable future (see note 2). Their sole source of financing has been solely through the sale of stock. This has resulted in an extreme level of shareholder dilution. Most investors that have made a long-term investment in PharmaCyte have ended up losing a good portion of their investment.

So, is this a good time to buy? Probably not. Even though the $90 million that they raised will probably be enough to complete the phase 2b trial and to make significant progress in some of their other projects, the success or failure of the company will most likely depend on the results of the phase 2b trial. If the phase 2b results are as impressive as they were in the original phase 2 study, then they will most likely be able to raise additional funding with little to no stock dilution. If the phase 2b results turn out to be disappointing, then it is very unlikely that any progress they will have made on the rest of their pipeline will be sufficient to generate enough excitement to attract investment in the company. For now, it’s a waiting game where the stock will most likely trend downwards until they release the phase 2b data. Anybody thinking of investing in this company should probably wait until after the phase 2b trial is completed.

Note 1. Unless otherwise stated, the information below is from the company’s website or SEC filings.

Note 2. PharmaCyte has obtained exclusive marketing rights to a highly sensitive covid-19 diagnostic test kit from Hai Kang Life Corporation. The company plans to market its PCR-based diagnostic tests kits to clinical laboratories and is currently waiting for FDA approval. I am assuming, for now, that this will not provide a meaningful income stream.