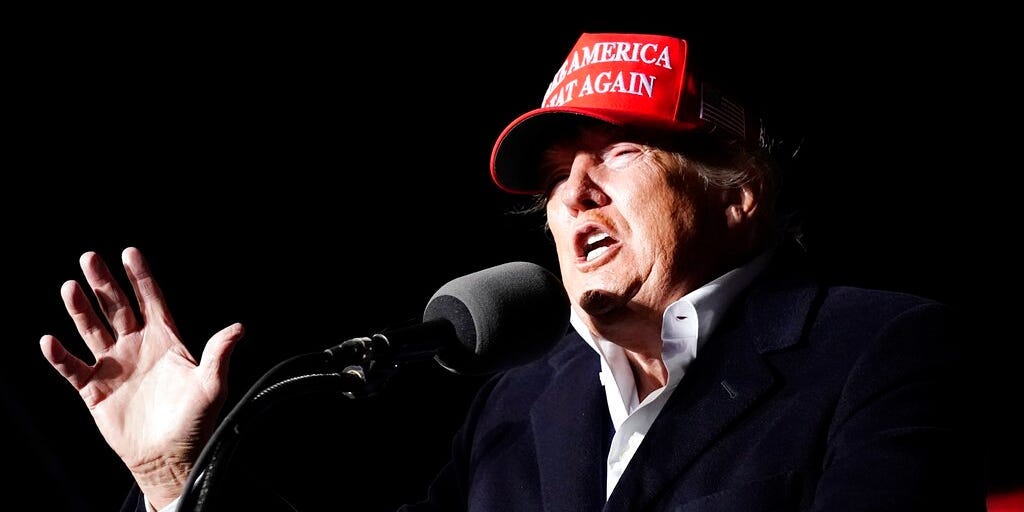 They have been discussing his influence within the party and fixation on what The Post described as “personal grievances,” without giving further specifics.

The report cited more than a dozen Republican leaders across the country, including Trump advisors, many of whom spoke to the publication anonymously over concern about possible retribution from Trump.

The report comes amid a grow signs of a divergence between Trump and some Republican leaders ahead of the November midterm elections.

Trump has remained fixated on his unevidenced claim that the 2020 election was stolen from him, and has endorsed candidates who backed those claims.

But some Republicans want to distance the party from the election-fraud narrative, and focus instead on issues that they hope will draw in votes from Republican-leaning independents, such as inflation or COVID-19 restrictions in schools.

According to the Post report, Trump has reacted with fury and yelled at at advisors who had counseled him not to fixate so much on the 2020 election.

“People aren’t necessarily seeing his messaging as much. They just say he’s not on Twitter, they don’t really know what he’s doing,” a senior Republican told The Post. “A lot of people now say to me: ‘He did great things, he was a great president, but it’s time for something new.'”

Trump has long portrayed himself as the scourge of Republican elites, and recently spoken out against Senate Minority Leader Mitch McConnell, who has blamed Trump for the Capitol riot.

The New York Times reported Saturday that McConnell was quietly waging a campaign to recruit candidates who will stand up to Trump.

Trump spokesman Taylor Budowich told The Post that Trump remade the party, and that candidates he endorsed who can “successfully articulate his agenda” will win in November.