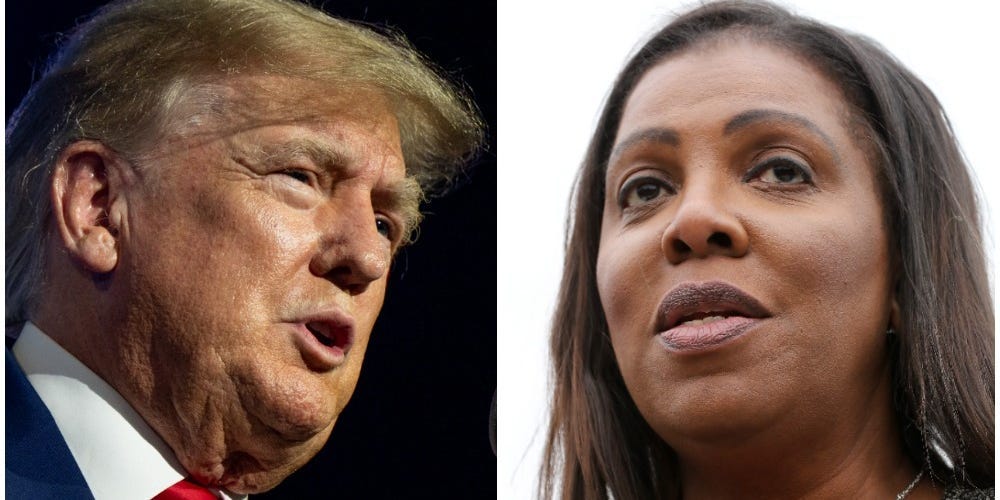 Trump is scheduled to be grilled in person in Manhattan on what James has alleged is a decade-long pattern of financial misstatements on documents used by the Trump Organization to win hundreds of millions of dollars in tax breaks and bank loans.

The deposition was confirmed to Insider by a person with knowledge of the timing. Not long after Insider’s story published, Trump said on Truth Social that the deposition would go ahead Wednesday.

It will be the latest in a quick succession of major legal hurdles this week for the former president.

The AG has sought since January to sit Trump down, swear him in, and question him about his financial documents. His original subpoena had ordered him to appear before the AG on January 7.

Trump’s lawyers then fought the subpoena in court for more than six months but lost in both state Supreme Court and in the First Department Appellate Division, both in Manhattan.

As a result of those court losses, the former president and his eldest son and daughter — Donald Trump, Jr. and Ivanka Trump — had been scheduled to be deposed on July 20, 21, and 22. But those dates were delayed with the AG’s consent due to Ivana Trump’s death on July 14.

Donald Trump, Jr. and Ivanka Trump — both of whom have served as Trump Organization executive vice presidents — sat for their depositions last week.

Their brother Eric Trump, also a vice president for the company, invoked his 5th Amendment right more than 500 times when he sat for a James deposition in October 2020.