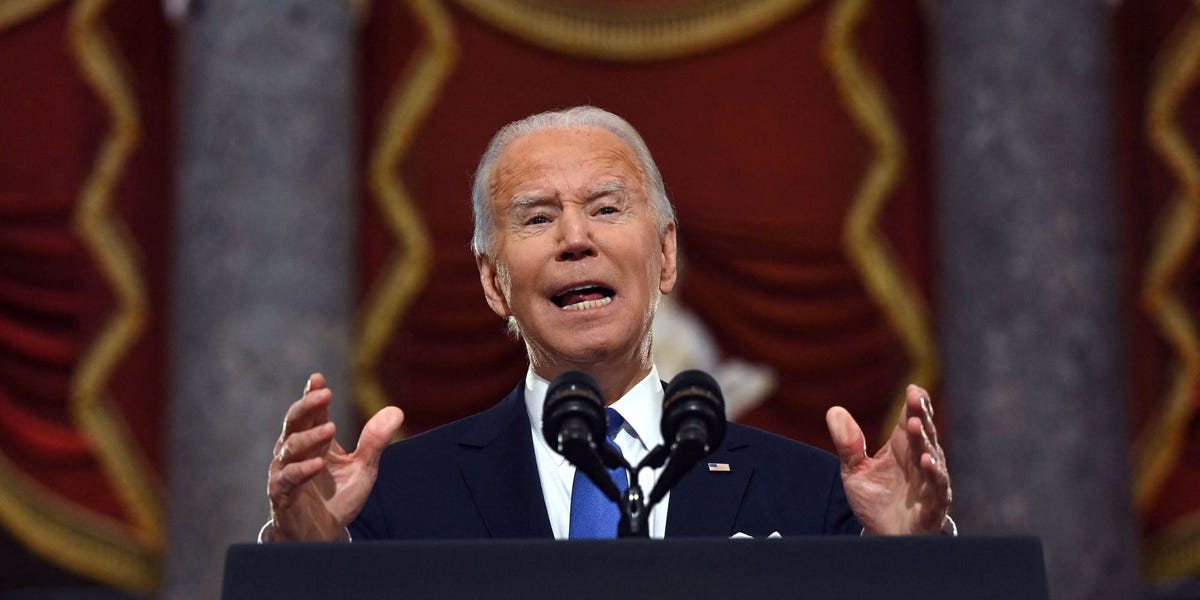 Speaking at the Capitol on the anniversary of the January 6 attacks, President Joe Biden spent much of his speech slamming former President Donald Trump for continuing to spread lies about both that day and the 2020 presidential election.

And he did it without naming him once during the speech, referring to Trump only as the “former president.”

“The big lie being told by the former president and many Republicans — because they fear his wrath — is that the insurrection in this country actually took place on election day,” Biden said.

“The former president’s supporters are trying to rewrite history. They want you to see election day as the day of insurrection, and the riots that took place as a true expression of the will of the people,” Biden added. “Can you think of a more twisted way to look at this country? To look at America?”

Biden sounded a more personal note at times, taking aim at aspects of Trump’s personality that contributed to the chaos of that day.

“He sees his own interest as more important than his country’s interests, than America’s interest,” Biden said. “And because his bruised ego matters more to him than our democracy or our constitution, he can’t accept he lost, even though that’s what 93 United States Senators, his own attorney general, his own vice president, governors and state officials in every battleground state have all said he lost. That’s what 81 million of you did when you voted for a new way forward.”

Finally, Biden took aim at the so-called “Big Lie,” the notion that the 2020 election was stolen that Trump has used to motivate his base in the year since January 6.

“The former president was pre-emptively sowing doubt about the election results,” said Biden. “He built his lie over months. It wasn’t based on any facts, he was just looking for an excuse, a pretext, to cover for the truth.”

Trump has falsely referred to the day of the 2020 election as the “real insurrection” while attacking the House select committee investigating January 6, which he said “should come to the conclusion after spending many millions of dollars, that the real insurrection happened on November 3, the Presidential Election, not on January 6.”