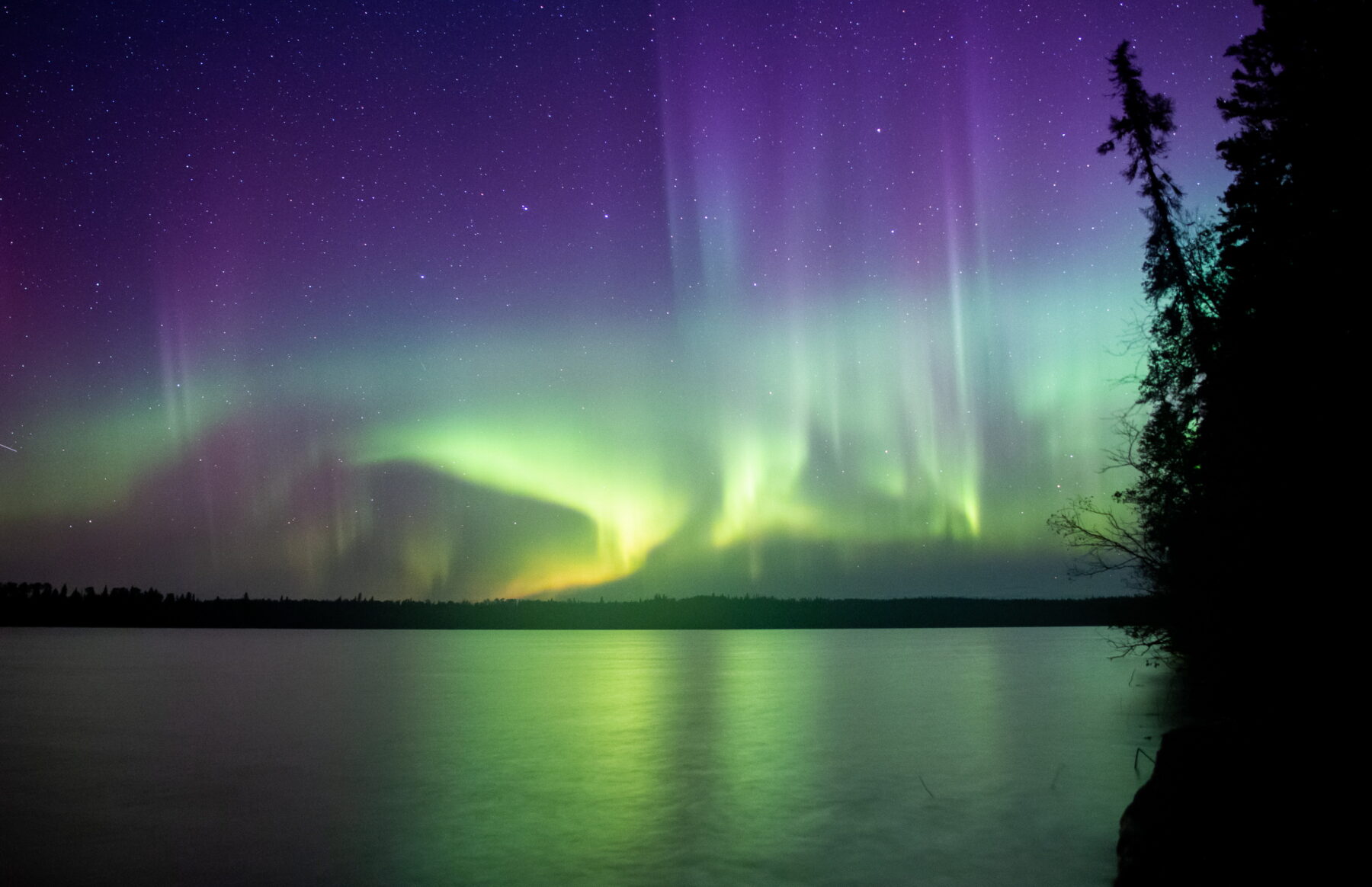 At the end of a turkey trail on an island in Kisseynew Lake, Manitoba, Justin Anderson captured the beautiful shot that has been named our Photo of the Week for September 24, 2021.

Anderson captured the 3.2-second exposure with an astromodified Canon 6D Mark I sporting a Samyang 24mm f/1.4 lens on September 2, 2021.

Anderson said he spent five days in northern Manitoba at a remote lodge on an island.

“This was my fourth year going to this lodge with the intent to fish with my dad,” he wrote. “In fact, this is where I first captured the aurora four years ago. So naturally, I had to try my hand at night photography while I was at the lodge again.

“To get to the north side of the island I had to walk this small turkey trail through downed trees. So when I set up my camera in the water I would leave it all night. When I got back to it, this is the photo that was on the back of my camera.”

Our honourable mention this week goes to Oleg Bouevitch for this crystal-clear picture of the Cocoon Nebula, caught from the North Frontenac Dark Sky Preserve in Ontario on September 1-2, 2021.

Captured in luminance and red, blue and green, Bouevitch used a FLI ML16200 camera on a 10-inch, f4/6 Newtonian telescope and Losmandy G11 mount. He used Astrodon filters to capture 60 90-second luminance subs and 30 180-second subs each in red, green and blue.

For editing, Bouevitch stacked and did background subtraction in PixInsight, and adjusted curves and levels in Adobe Photoshop.

Prizes for the 2021-22 SkyNews Photo of the Week contest are sponsored by Sky-Watcher, Celestron, iOptron, The Royal Astronomical Society of Canada and SkyNews. Find more here on the amazing telescopes, prize packages and gift vouchers awarded to the best photos this year.