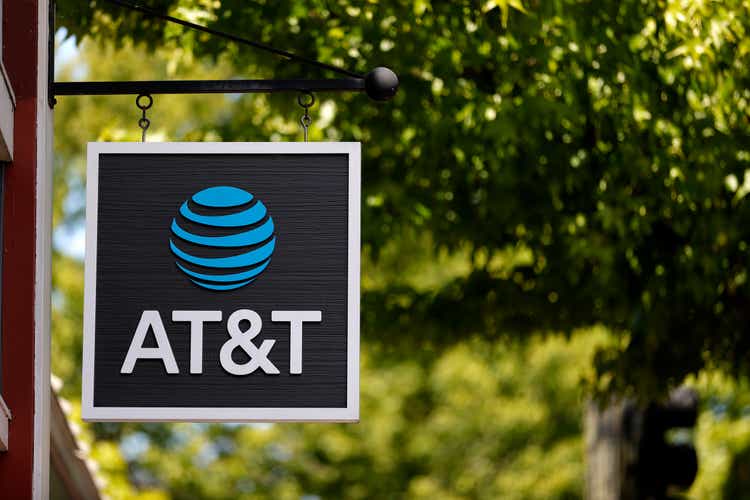 It should be safe to say that one of the largest shocks for income investors during 2021 was the once-solid dividend pick, AT&T (T) flagging a dividend reduction as they spin off their WarnerMedia business segment, which has now seen their dividends plunge to $1.11 per share, well short of their previous level of $2.08 per share. Despite the majority of my articles’ focus upon the quantitative side of income investments, this time around I would like to share my thoughts on two reasons on the qualitative side of the equation of why their share price will struggle to rally during the foreseeable future as investor demand and thus capital is driven away from their shares.

Reason One – Their Shareholder Base

Whilst no one can survey every investor, although realistically, it should not cause any controversy to say that their shareholder base has traditionally been very heavily comprised of retail income investors, especially weighted towards retirees. Once again throughout my years of investing and participation within various related groups, it seems safe to say that the two most important attributes for attracting their capital are firstly, steady and growing dividends with the second being a relatively steady share price that consistently trends higher. Whilst they previously offered the former, their disappointing share price performance has long been a thorn in the side for most investors, which now means that they tick neither box. To rub even more salt in the wounds, their dividend reduction seems unnecessarily large given their new dividends will only cost between $8b to $9b per annum, as per the commentary from management included below.

“We also expect to remain a top dividend-paying company after deal close, with a dividend payout in the $8 billion to $9 billion range where anywhere in that range should rank us among the best dividend yields in corporate America.”

When looking at their guidance for 2022, it states that free cash flow should be circa $23b with $3b relating to their upcoming spin-offs, thereby leaving circa $20b for the remaining company, as per their fourth quarter of 2021 results announcement. Apart from still providing a very high free cash flow yield of near 12% on their current market capitalization of approximately $174b, it still could have covered their now former dividend payments that cost circa $15b per annum, thereby leaving around $5b of excess free cash flow after dividend payments.

Whilst only being anecdotal evidence, in my experience with retail investors both online and in-person, ideas such as free cash flow yield and intrinsic values seem to carry less weighting in their decision making versus the old question of “what’s the dividend yield?”. Thinking back throughout my years here in Seeking Alpha, there have been seemingly countless articles focusing upon the appeal of their now former high dividend yield that was often north of 6% at a much higher share price. This same dynamic is still visible today with other dividend favorites, such as the tobacco giant, Altria (MO), which sees its high 7%+ dividend yield frequently highlighted. I am not saying that a focus upon dividend yield is necessarily bad per se, after all, I too love finding high yielding investments, which dominates the topics of my articles but objectively speaking, they have burnt a significant portion of their shareholder base and diminished the appeal of their shares. This lowers the demand for their shares, keeps capital away and thus poses a headwind suppressing the potential for any future share price rally.

When looking at their share price performance since May 2021 when their WarnerMedia spin-off was announced, this dynamic is evident with the S&P 500 Index (SPY) seeing a circa 10% rally, whereas AT&T has seen their share price lose around one-quarter of its value. It seems that market conditions are clearly not to blame and realistically, each share still represents the same potential future underlying free cash flow, earnings or any other metric that an investor may prefer, regardless of whether within AT&T or the combination of the soon-to-be two separate entities. There has only been one aspect change significantly, the fact that shareholders are now receiving barely over half the dividends as previously, which has reduced demand for their shares, thereby driving capital away and suppressing their share price.

After years of lackluster inflation, it seems to be roaring back with the consumer price index in the United States reaching north of 7% year-on-year during January 2022, which is the highest level since 1982 when interest rates were well above 10%. Although inflation is bullish for certain shares, these tend to be those of commodity producers that benefit from higher prices for their products, a prime example right now being those in the oil and gas industry. The higher inflation goes, the higher interest rates should follow in tandem as the Federal Reserve aims to rein in rising costs, which as a result should reduce the appeal of any given dividend yield since its spread against the risk-free rate decreases, thereby reducing the additional reward for the additional risk.

Whilst their new circa 4.50% dividend yield may have been appealing during the past decade of near-0% interest rates, given the prospects to see upwards of seven 0.25% hikes during 2022 alone and possibly more during 2023, its appeal stands to diminish significantly. I feel this means that inflation will prove to be another headwind suppressing the potential for any future share price rally, as investors become less interested in the dividend yields of very mature companies. Even though they will almost certainly grow their dividends during the following years, as subsequently discussed, this will likely see investors waiting a number of years before any material growth. Admittedly, inflation should not prove to be a permanent headwind, although I nevertheless still expect that it will hinder the ability of their share price to rally throughout 2022 and likely 2023.

When looking ahead, I feel that the combination of these two headwinds will see their share price struggle to rally during the foreseeable future and languish until their dividends are increased, thereby boosting their appeal. Despite already having sufficient free cash flow, obviously this seems unlikely for multiple reasons, companies normally wait one year before changing their dividends, so even straight away this pushes out anything until the start of 2023 at the earliest. Furthermore, their capital allocation guidance indicates an intention to keep their dividend payments between $8b to $9b per annum going forward, as per slide four of their fourth quarter of 2021 results presentation. Since their guidance states a per dollar range, it thereby implies that their dividends will only increase on a per share basis as their outstanding share count is lowered through share buybacks, at least during the foreseeable future.

Even share buybacks of an equal size to their new dividend payments of $8b to $9b per annum would only remove around 5% of their outstanding shares, given their current market capitalization of approximately $174b. Although realistically this would likely be too optimistic and thus, their share buybacks will likely only be in the low single-digit range and thus have a much smaller impact on their potential dividend growth. Furthermore, they do not expect to reach their leverage target of 2.50 until the end of 2023, which marks the point whereby they plan to ramp up their shareholder returns via share buybacks, as per their WarnerMedia spin-off announcement. When all of these variables are wrapped together, I expect to see only small token dividend increases until 2024 at the very earliest and thus I feel that their share price will struggle to rally during 2022 and likely 2023.

Whilst their underlying fundamentals should dictate the future direction of their share price in the long term, at least in theory, in the short to medium term their share price remains dependent upon demand from investors. After burning their traditional shareholder base at a time when inflation and higher interest rates are on the horizon, I feel that their share price will struggle to rally until such time as their dividends begin growing materially, which does not appear likely until 2024. Since this negates the appeal of their very high near 12% free cash flow yield, I believe that a hold rating is appropriate.