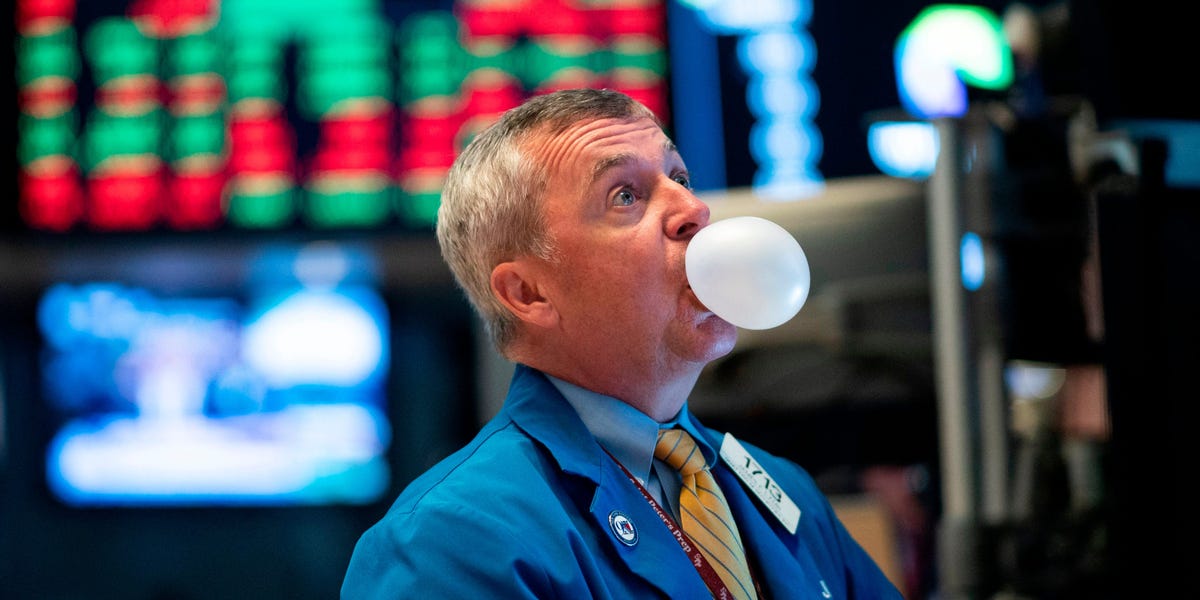 The 54% decline in Ark Invest’s flagship ETF over the past year looks very similar to the unwind of the Nasdaq during early 2000’s dot-com bust, according to DataTrek Research.

The firm overlaid the performance of ARK Invest’s Disruptive Innovation ETF since its February 12, 2021 peak with the dot-com peak of the Nasdaq on March 10, 2000.

If the analogy continues, investors should expect the ARKK ETF to experience more downside

rally of about 40%, ultimately leading to a 38% decline according to the note.

“For what it’s worth, the March Fed meeting is just over three weeks away,” Rabe said, alluding to the idea that a less hawkish than expected

could spark a relief rally in speculative growth stocks, further lining up ARKK with the performance of the 2000s-era Nasdaq.

There are fundamental similarities between the holdings of ARKK and the Nasdaq in 2000 which make the comparison warranted, namely that most of the stocks in both are unprofitable and highly speculative.

While Ark’s top holding is Tesla, which is profitable and quickly growing, top 10 names like Teladoc, Unity Software, and Twilio are still losing money. And Ark’s Cathie Wood is not backing down on her strategy, having bought Monday’s dip in unprofitable Sea Limited.

During the 2000 dot-com bubble, nearly all of the speculative tech stocks that boomed and subsequently crashed were losing money and instead traded on lofty projections made by management teams that had high hopes for the internet’s pace of adoption and innovation.

To be sure, much of the bad company-specific news in Ark Invest’s holdings is already priced in, but macro risks could cause a further downturn in the speculative stocks, according to DataTrek.

“The selloff of these types of names could be exacerbated by geopolitical shocks or tensions as we’re seeing now with Russia and Ukraine,” Rabe explained, adding that uncertainty about the US economy and tightening monetary policy by the Fed could fuel more downside.

For now at least, investors in Ark’s flagship ETF seem unfazed by the steep decline over the past year and are mostly sticking with Wood. The fund, which has $12.1 billion in assets, has seen net outflows of only $164 million since the ETF peaked last year, according to data from ETF Database.