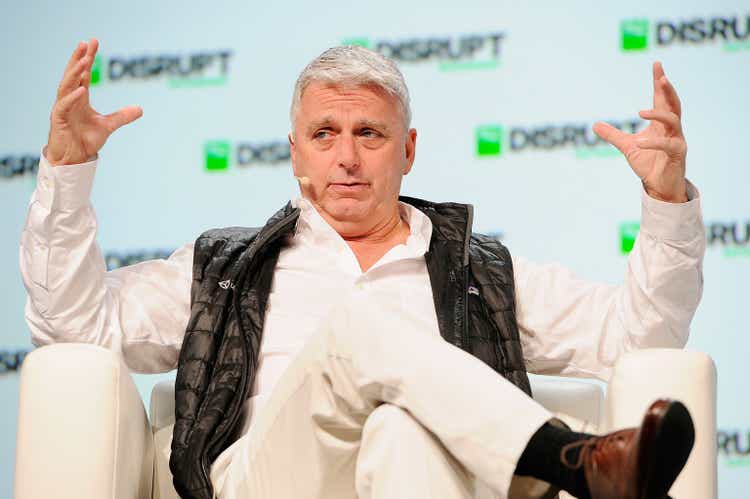 I wrote in late July that the merger between Unity Software Inc. (NYSE:U) and ironSource (NYSE:IS) will significantly undermine the competitive position of AppLovin (NASDAQ:APP). Soon after, AppLovin offered to buy Unity if it terminates its merger with ironSource.

In my view, this was a panic move from AppLovin, reflecting its management’s realization of the repercussion of Unity’s merger with ironSource. I don’t expect Unity to merge with AppLovin, particularly on the current terms offered by the latter.

At the most basic level, Unity is a software as a service company, and not an advertising company. It is also a unique breed of SaaS businesses given its the dominant mobile gaming engine and that the game engine market is virtually a duopoly. Unity’s move to add an ad mediation platform was not a strategic pivot into advertising, it was merely so that the company can enhance the breadth of its SaaS offering. But the vision of Unity’s management is to grow its software solutions into non-gaming verticals. It is a subscription business and not an advertising business. AppLovin offering only 55% of the combined company to Unity fails to understand that point. As a result, there is no reason for Unity to dilute its shares by 45% compared to 10% with ironSource to get more exposure to digital advertising, that is not what Unity is after.

As a result of AppLovin’s offer, uncertainty over the original merger has taken its toll on ironSource. The original offer from Unity values IS at 0.1089 Unity shares. At $58.47 share price for Unity, ironSource should theoretically sell for $6.37 a share. Instead, the company finds its stock selling for $4.01, a huge discount. Making the deal even more lucrative is the fact it is set to close later this year.

Classic merger arbitrage would entail shorting the shares of Unity and buying ironSource to realize the spread. However, this is no classic merger arbitrage; there is a non-zero chance that AppLovin really panics and offers to match the merger terms with ironSource, valuing itself at 0.1089 Unity shares if the latter would abandon its merger with IS. This would value Unity’s shares north of $300. If that were to happen, the classic merger arbitrage won’t just do badly, it might blow up the account of investors. And rest assured AppLovin has enough reasons to raise its offer, its position as the leading ad mediation platform is under threat if the Unity/ironSource merger goes through.

Now it is fair to say AppLovin won’t go as far as valuing itself at 10% of the combined company, given it will likely infuriate its shareholders (who include private-equity firm KKR). But it can raise its offer for Unity significantly and succeed in terminating the deal with ironSource.

My opinion is investors should just buy Unity. If you get improved terms from AppLovin you get a quick pop in the stock. If not, you will own a really well-positioned SaaS company that’s part of a duopoly in a fast-growing market.

If investors feel compelled to stick to something resembling the classic merger arbitrage positioning, they might be better off buying both ironSource and Unity, but shorting AppLovin. The rational is AppLovin is the stock to be shorted if it ends up buying Unity, and it could struggle anyways if it fails to breakup Unity’s merger with ironSource, making it a compelling short anyways. On the other hand, one of ironSource or Unity will get bought out at a higher price than what it is trading for today.

AppLovin’s offer has led to major doubt over whether the Unity/ironSource merger will go through. This presented investors with a lucrative merger arb opportunity, especially that the deal closes this year.

However, since AppLovin could sway Unity away from merging with ironSource with a higher offer. I suggest investors don’t follow the traditional merger arb path for this one, as shorting Unity could come at huge risk. If investors insist on pursuing a merger arb trade, they might be better off buying both ironSource and Unity but shorting AppLovin. My personal preference is to just buy Unity and hold.